This Drone-Powered Hammock reminds me of the way that people who escaped Earth in WALL-E were hovering everywhere on their advanced versions of chairs fused with hoverboards. Why didn’t they think of hammocks?

Seems much more relaxing and comfortable from where I’m standing (or sitting hunched over a laptop, ugh, I need that hammock).

The point is, this thing is a strike of pure genius, and don’t tell me that you wouldn’t want take one of them for a ride, at least to see the looks on people’s faces when you’re passing them on the street in a hovering drone hammock. 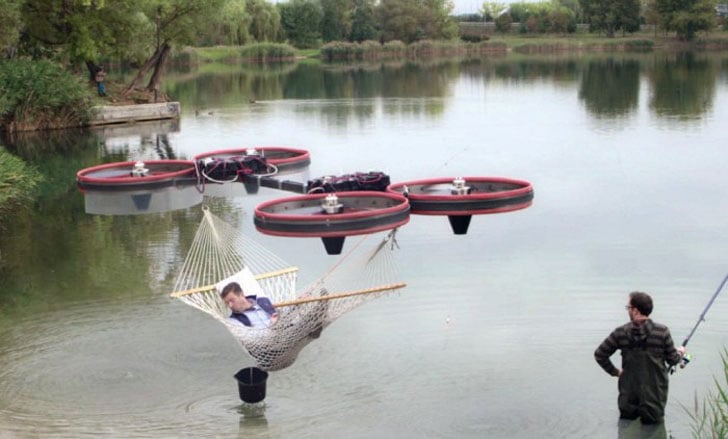 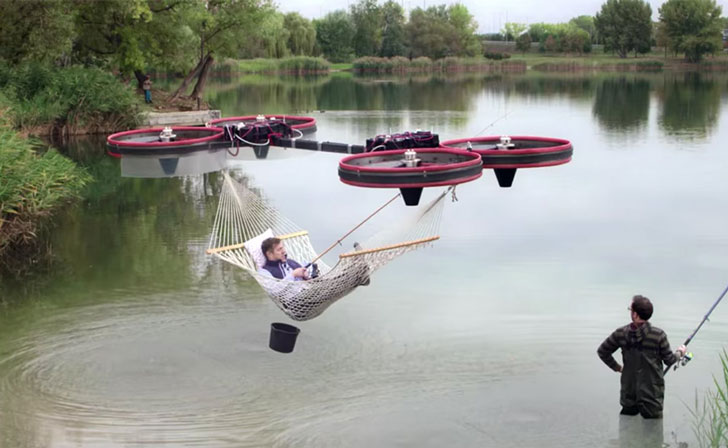 Unfortunately, this drone hammock is only a product of an imagination and was created for an ingenious and hilarious ad for a Dutch insurance company. But, who knows, maybe someone will want to make this item a reality especially since drones are already a part of everyone’s everyday life (in both good and bad ways). 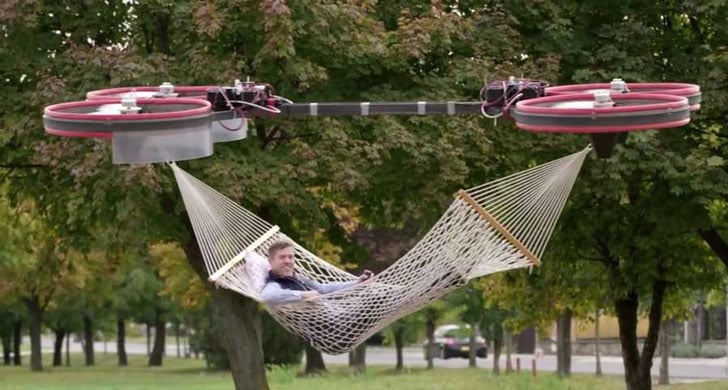