Originally designed for a planetary mission on Mars, GuardBot evolved into an all-terrain amphibious surveillance robot.

GuardBot is just a big ball of cool features and impressive performance.

The GuardBot family combines surveillance bots as small as 5 inches tall. The largest ones, however, count 7 feet in diameter.

GuardBot can operate on any terrain, including sand, snow, and sloped surfaces. On land, it can reach the top speed of 9 mph. 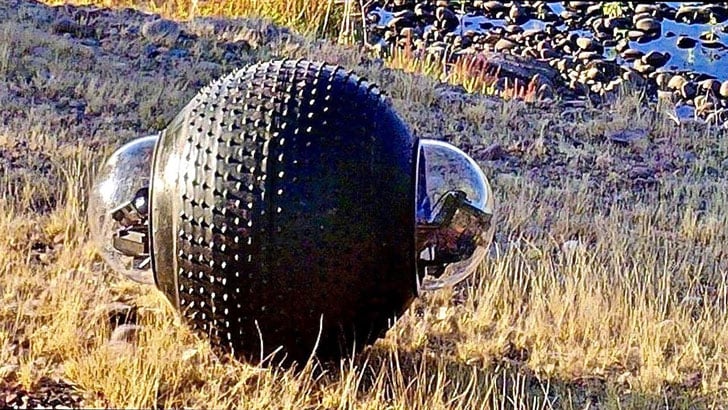 As for the water performance, it can navigate upstream and move as fast as 3 mph. Its advanced battery pack allows GuardBot to be on active duty for up to 25 hours on a single charge. When stationary, the battery’s running time extends to up to 45 hours. 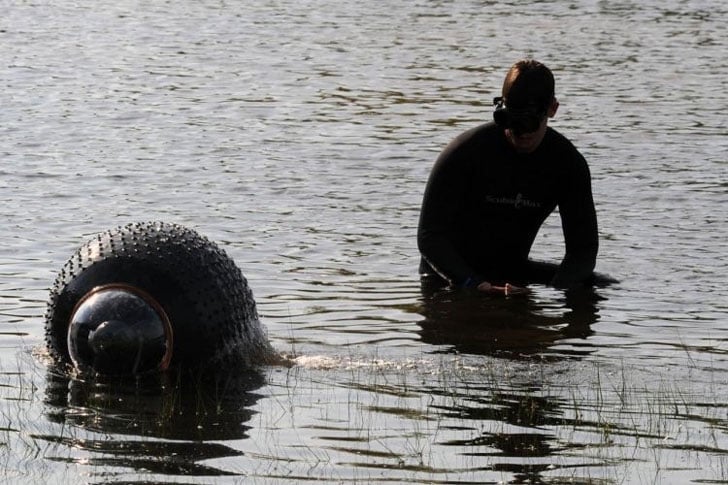 Although perceived as a surveillance bot, it can also perform advanced broadcasting, security, and detection operations. 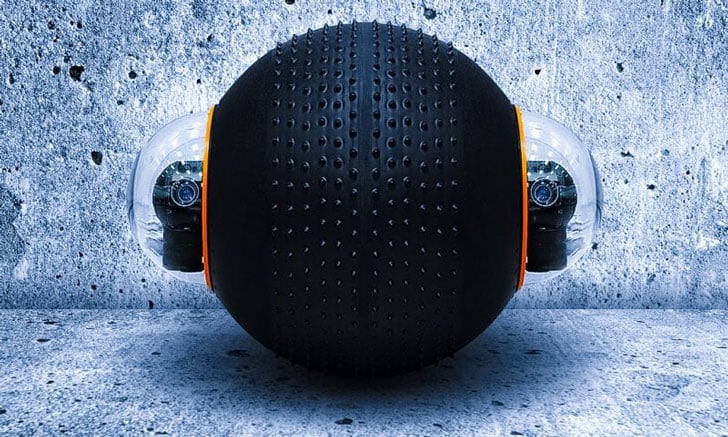 With a variety of features such as GPS, cameras, night vision, and audio, it can integrate advanced radio communication.

We just hope the 5-inch version doesn’t get mistaken for a smart dog toy. 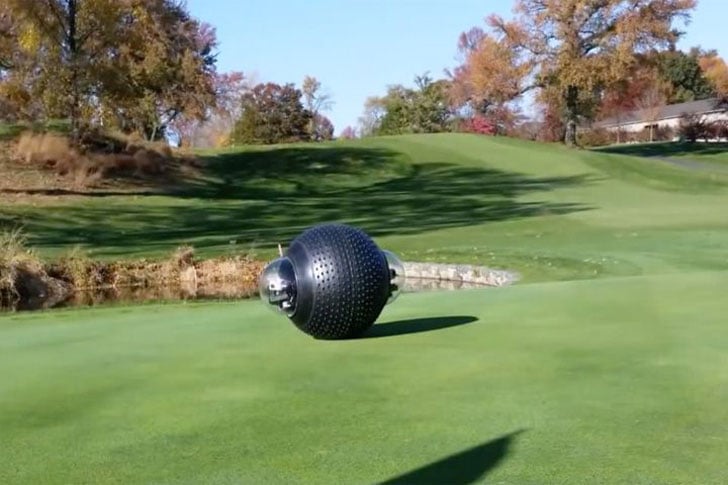