Myard Skull Fireplace Logs allow you to spice up your fireplace in the most awesome way. Scary? Maybe. Creepy? Definitely. But whether you just like the things that have that wow-factor about them, want to shock your visitors, or are just looking for the best Halloween decorations, you can deny that these logs definitely make a statement.

These logs are shaped like highly-detailed and surprisingly accurate human skulls. But don’t worry, these are not real human skulls even though their overall look and size suggest otherwise.

The logs are actually produced with lava granules with significant heat ceramic refractory. To top it all off, the skull logs are also steel reinforced.

They are heat- and weather-resistant. Additionally, they are quite heavy which means they will not be blown away by strong wind. 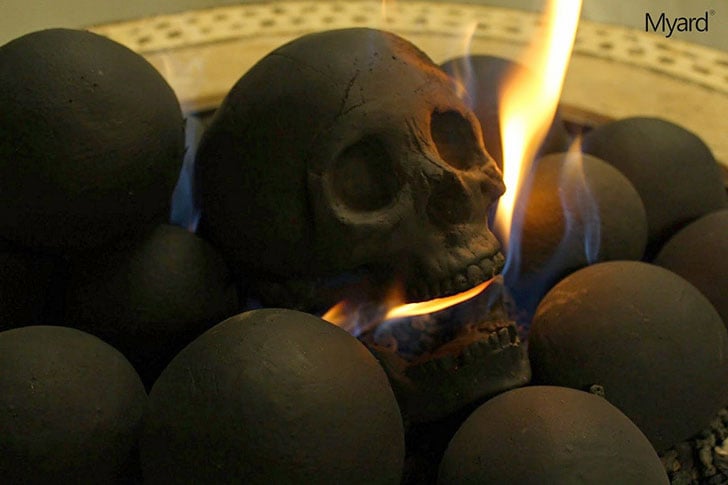 Each skull consists out of two part – the skull itself and the jaw. When the skulls are already engulfed by fire, the detached jaw allows for a highly realistic effect of a skull being devoured by flames. Cool? Creepy? We’ll let you think about it. 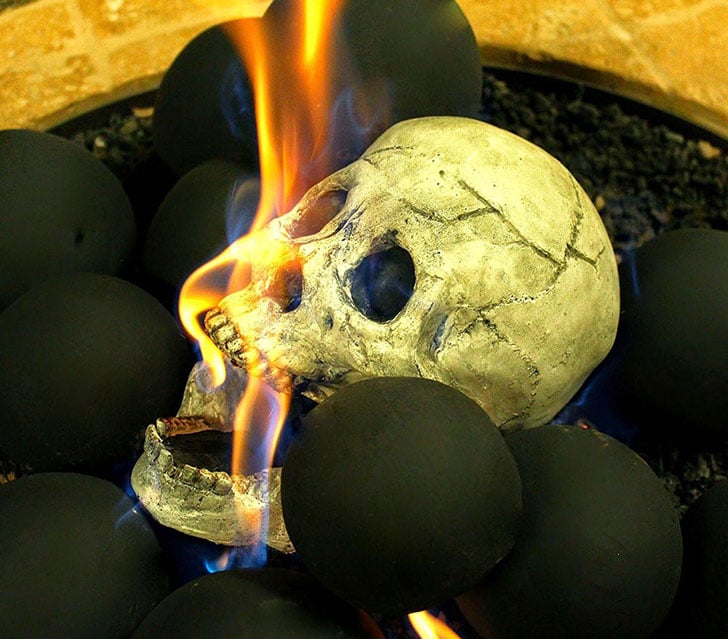 The most obvious use of these logs is, of course, Halloween. But no matter the time of the year, they will look absolutely awesome in your fireplace being the funniest conversation starter.

Although, if someone susceptible were to witness human skulls burning in your fireplace, they’d probably not stay for any conversation. They’d be running for their lives. 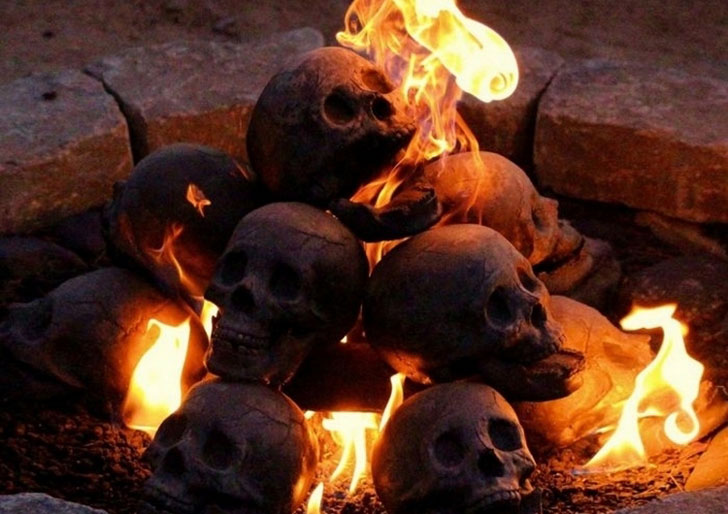