Boston Dynamics Atlas Robot is a new generation humanoid that uses a full-body balance to perform two-handed tasks. In other words, it’s a robot that can walk, jump, and jog in a manner eerily similar to humans.

Unless you’ve been living under a rock, you’ve probably heard of Boston Dynamics and their bots.

Their robots have gone viral multiple times, whether it’s robotic deer pulling a Christmas sleigh or a dino dog filling the dishwasher. Atlas, a humanoid 5-feet tall robot, was also not an exception.

Atlas’ most impressive feature is its balance. It can retain balance when pushed or jostled, jog and avoid obstacles, lift up to 24 lbs of weight. And get this. It can do backflips. 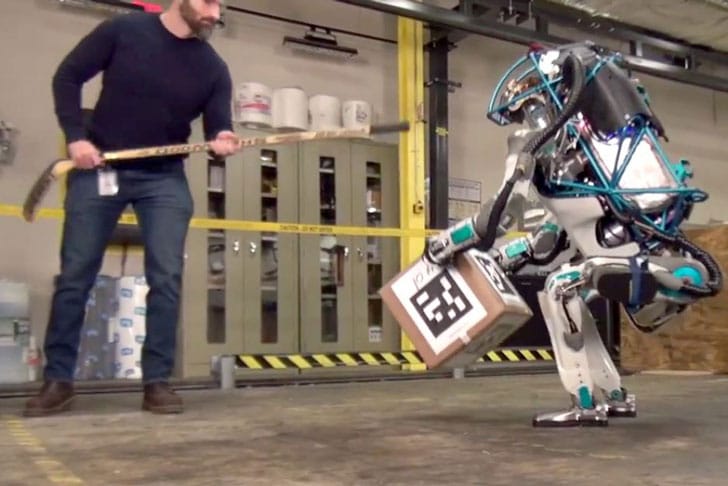 As of now, Atlas can travel over rough terrain and manipulate objects in its environment. Its coordination and ability to perform full-body tasks is perfectly paired with its high weight to strength ratio. 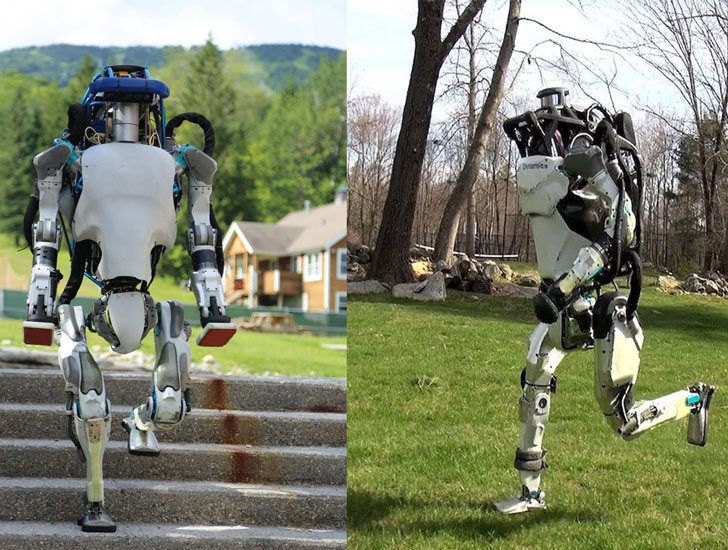 Whatever Atlas’ real world application may be, it’s fascinating to watch this guy in action. We kind of have to keep reminding ourselves that its an actual robot and not a suit with a human hidden inside. You know, Jurassic Park raptor suit style.