It is a known fact that works of literature can easily inspire travelers to visit new places.

Read a book, do some research on featured places in it and you’ve already got your future trip figured out.

Dracula’s Castle needs no introduction as it attracts thousands of tourists each year, half of them probably counting on spotting the most famous (suck it, Edward) vampire lurking in the shadows.

Whether you believe in vampires or not is irrelevant, because Bran Castle is worth seeing anyway.

Let’s get this straight, vampires do not exist. At least those that we are used to seeing in literature, movies, TV series and so on.

Dracula is a character created by Bram Stoker in his Gothic novel from 1897 that bears the same name as the infamous vampire.

Stoker never even visited Romania but the geographical limitations have never stopped writers from being inspired by foreign places.

It is believed that the illustration of Bran Castle served as an inspiration to Stoker’s portrayal of the Dracula’s lair.

It was literary muse at first sight. Plus, dungeons of this castle served as a home for (the) Vlad the Impaler for two months.

The point behind this impromptu history lesson is simple. Bran Castle, more often called Dracula’s Castle, is bursting with almost 800 years of rich history the walls have witnessed.

You can visit it just to admire the view, intricate architecture, beautiful interior, weapons, and armor.

You can also visit it to witness first-hand the eerie atmosphere the castle carries with its intimidating size, narrow drafty passages and its ties to both Vlad and Dracula.

Whatever is your motive, you will definitely have an amazing tale to tell your friends and family. 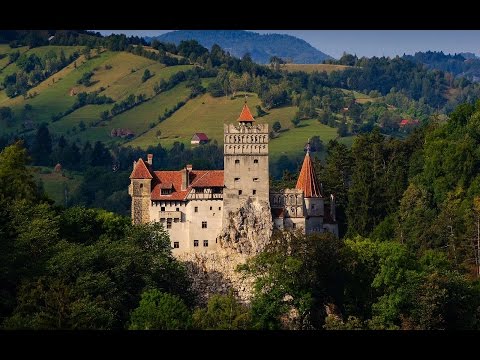