There are many types of Halloween costumes. Some are scary, some are funny or outright ridiculous. What if we told you that there is a costume that combines all of these qualities in one and doesn’t require hours of preparation or assembling?

These LED Stick Figure Costumes are both hilarious and slightly unsettling and can make your whole family the main talk of the block.

The concept of these LED Stick Figure Costumes is extremely simple. You put on a two-part black suit that comes with LED lights attached to its body, limbs, and hood. This combination creates an illusion of an alive Stick Figure walking around the neighborhood at night.

The costumes are available for adults, kids, and toddlers so you can outfit your whole family. You can even make it a group thing and gather several families all wearing these costumes.

That would be an awesome Stick Figure Halloween invasion, much better than the Skeleton War. Or you can just pester people to play Hangman with you, whatever floats your boat.

If you don’t want to waste time on coming up with a complicated Halloween costume, just stick with these LED Stick Figure Costumes. They are both cute and creepy, have tons of colors to choose from, and make for an awesome group costume. 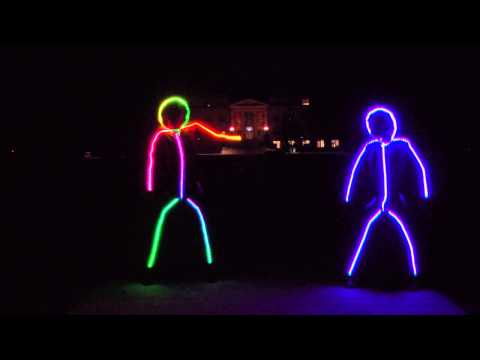