The Lumo Interactive Projector will let your kids play video games while also keeping them active and boosting their creativity.

When we look at the kids these days, watching cartoons on their tablets or playing video games for hours, we sometimes think “what happened to childhood?”. We used to spend all day outside, playing and running until we had to come back home.

The Lumo helps combine two worlds of playing video games and staying active. In essence, it is a projector. It is not your usual projector though as it was designed to project moving, interactive images on the floor as games.

So technically your kids will be playing video games but to complete them, they would have to run, jump, crawl and generally move around a lot.

The device comes with some pre-loaded games but your kid can also design its own, which can be uploaded to the Lumo. That will not only keep your children active but also engage them in the creative process of building something from the grounds up.

After the kids go to bed, parents can use the Lumo as a standard projector or let’s be honest, have a go at some of these fun games.

It seems like the Lumo was designed to be loved by modern kids, who will now be able to spend some active time alone or with friends, while still playing video games that they adore so much. 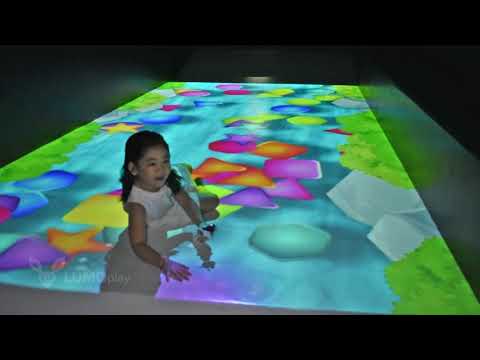 Lumo Interactive Projector
CHECK IT OUT