First of all, this plane comes in a trailer box. It can be unfolded, put into a trailer, and hitched to your car. You can then ride to your take off location.

This modular plane can be assembled to create a small one-person plane or, more specifically, a motorglider.

It runs on an electric motor with approximately 20 HP, weighs only 118 pounds, and self-launching. It is not meant for barrel rolls or other complicated tricks performed in the sky. 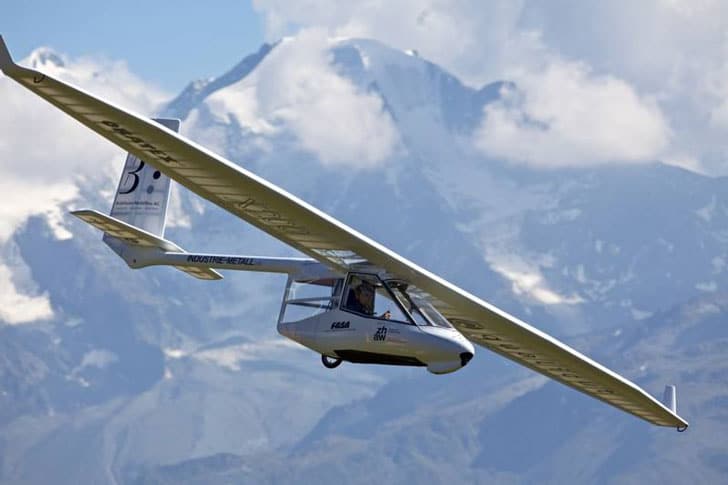 But if someone gets carried away, the plane also features a rocket-deployed full-airplane rescue system with a parachute. 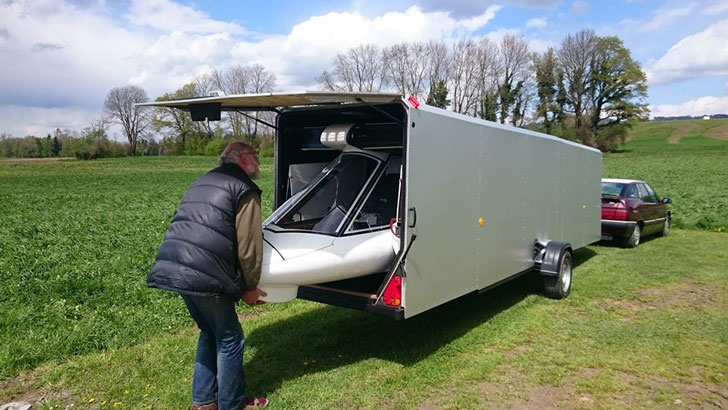 If you take the motor out (which takes around 5 minutes) this vehicle classifies as a hang glider. This means that you can fly this glider without needing a pilot license. 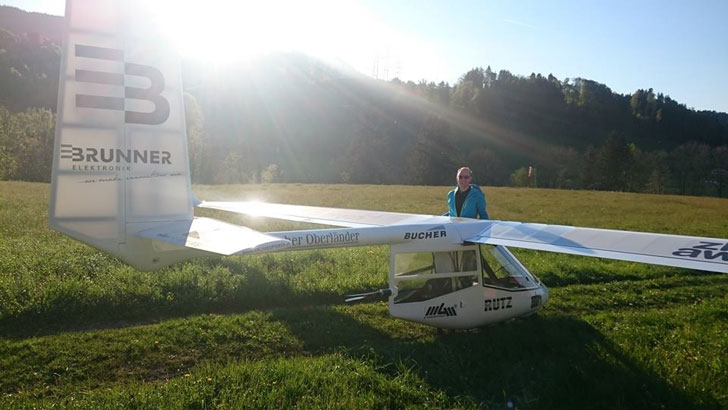 What you do need though is good stamina for foot-launching this plane. It can also be tow-launched or, for a lack of a better term, slingshot into the air.

Sounds like a fun way to spend the weekend. 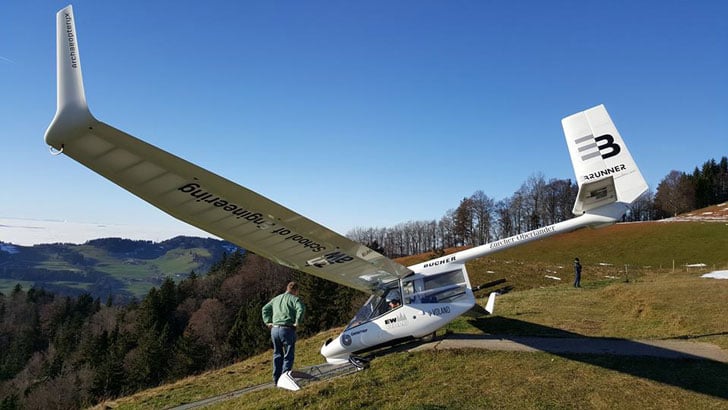