Did you know that the animatronic T-rex used in the iconic Jurassic Park would often malfunction in the rain scaring the living daylights out of the filming crew? True story.

There’s probably nothing scarier than a giant animatronic dinosaur suddenly coming to life. Well that, and a velociraptor bursting through your wall.

But if such prospect actually excites you instead of scaring you away then here’s a Realistic Wall Bursting Velociraptor Set you’d definitely want to have. 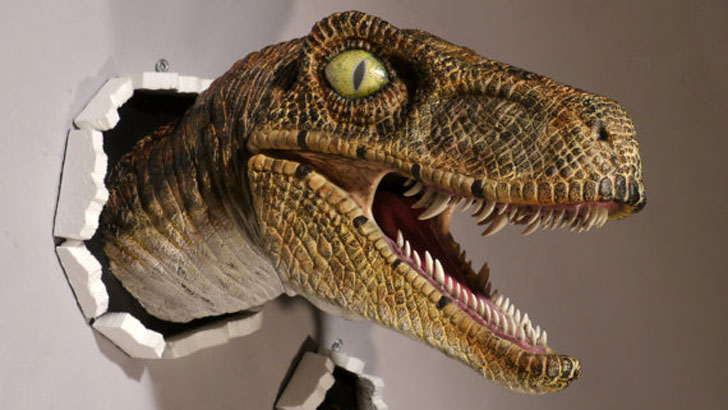 If you were to choose one adjective to describe this dinosaur set that would be “realistic”. Yes, it is realistic in a good way, not the CGI way where something never looks quite right.

Thanks to the handmade nature of this sculpture and high-quality detailing this little guy look eerily lifelike. You’d swear you could see its eyes following you around the room. Creepy? Awesome? Both? 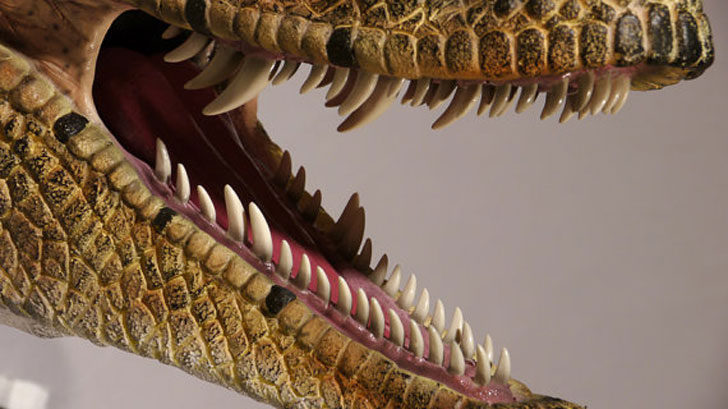 The set contains the head and two claws. All the pieces are made out of high-density foam and resin. 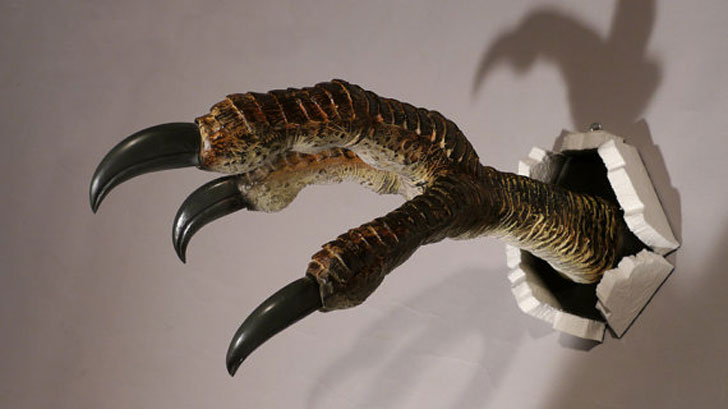 Just imagine the shadows it would cast onto the walls surrounding it. You’d almost feel like you’re on set of the Jurassic Park during the velociraptor attack. Ah, nostalgia and childhood fear. 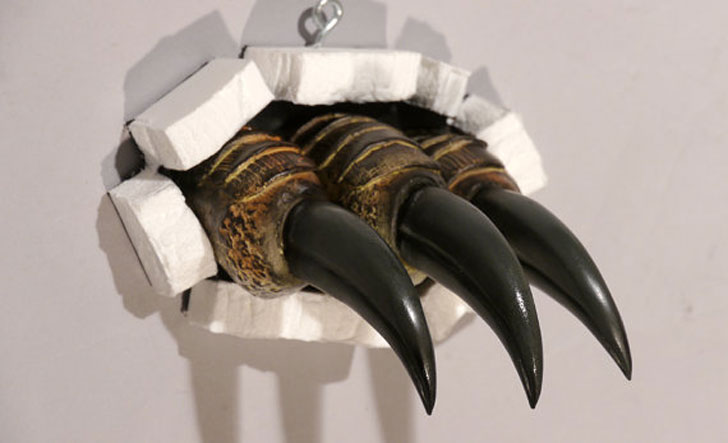 You should know that this realistic wall bursting velociraptor set is a limited edition only.

So if you love the Jurassic Park or dinosaurs in general, you should hurry up and order one. This is would be a much better decal alternative to spruce up your living space. 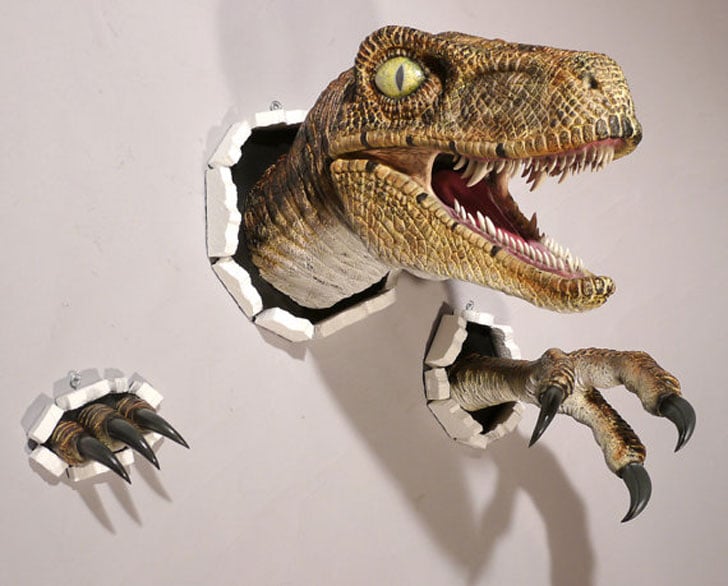