We’ve seen a lot of campers and caravans here. Some of them are small enough to be towed by a bicycle, while others prove to be true off-road monsters when pushed to their limits.

All of them usually have one cool refining quality that sets them apart. But these Self-Sufficient Expanding Camper Caravans have so many cool features that make other similar vehicles pale in comparison.

First of all, this caravan folds out in just 30 seconds and turns into a small (a bit UFO-ish) house. Second, the caravan is self-sufficient meaning that it can function on its own, off the grid, providing you with everything you need to live there. At least that is the ultimate goal. 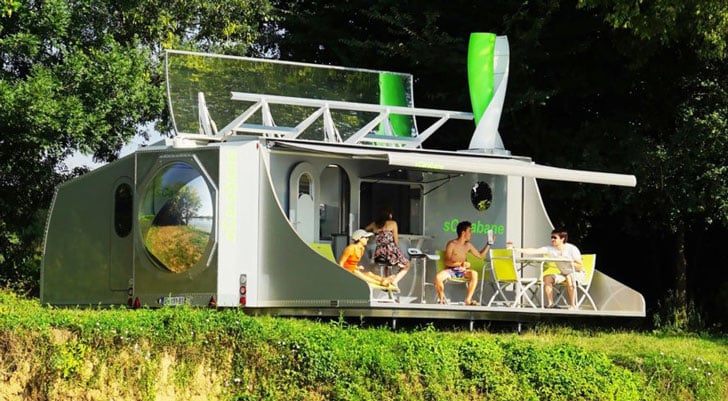 Scarabane, the company that makes these caravans, states that the caravan is still at the development stage of production. It is already independent in terms of power, taking advantage of the built-in solar panel and wind turbine. 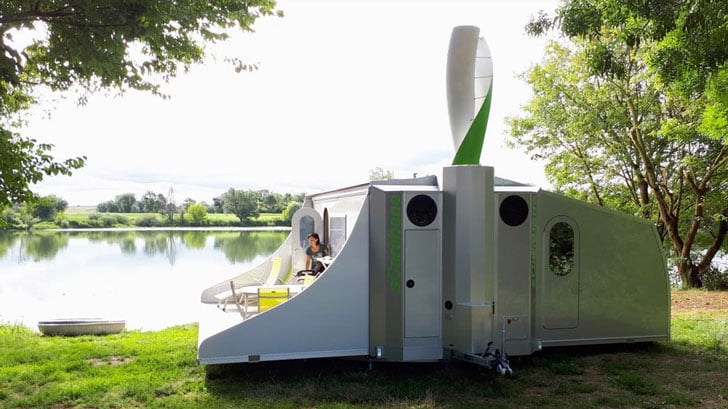 What’s more, it even rotates in one place to follow the sun position to maximize the power it is able to gather. Now, they have to figure out how the house will collect drinkable water and find the substitution for a propane tank used for the stove. 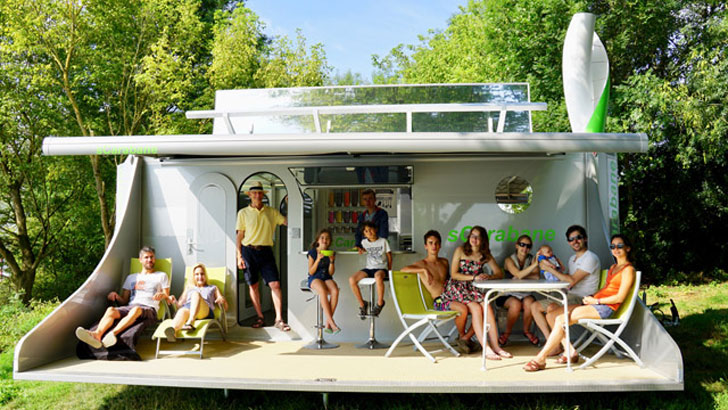 Still, this rotating foldable caravan is extremely impressive. The interior looks comfortable and inviting making so much more tempting to buy one of these caravans and live off the grid for at least a month.

We’ll just have to see how the development of these Self-Sufficient Expanding Camper Caravans goes. 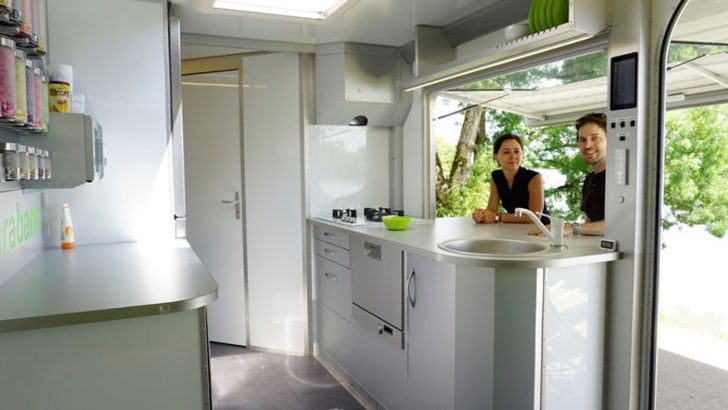 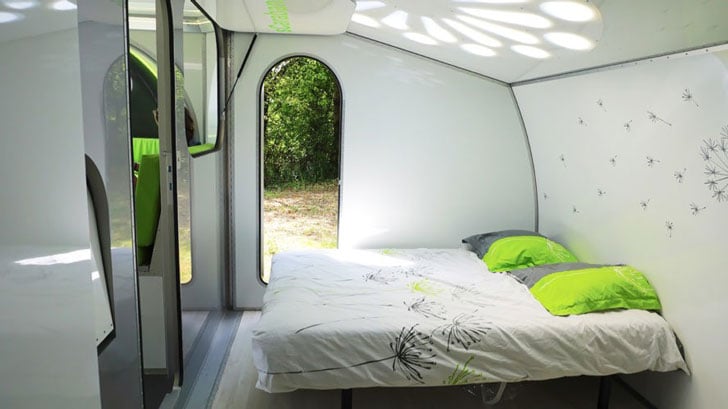 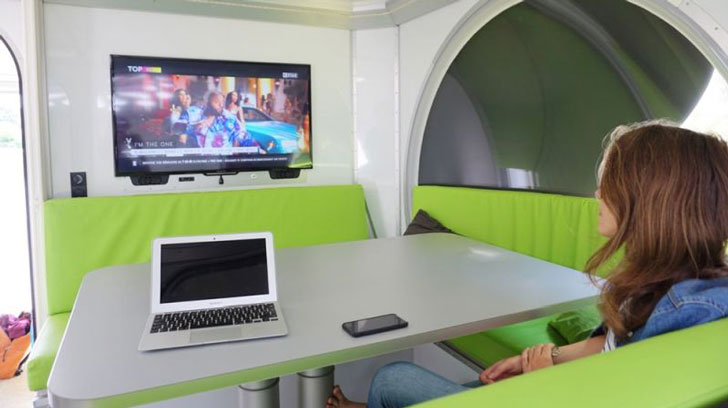