Some things work oddly well together. Like bacon and chocolate. Eminem singing with Elton John. Pineapple on pizza? No, that still sounds too weird but you get the gist.

Some of the most ingenious things come to life by combining something you wouldn’t think of putting together. The most prominent example of that being the creation of printing press that was a combination of a coin punch and wine press.

Surf Dock also serves as proof that when you put together two unrelated things together you can come with an incredibly fun and creative way of surfing. 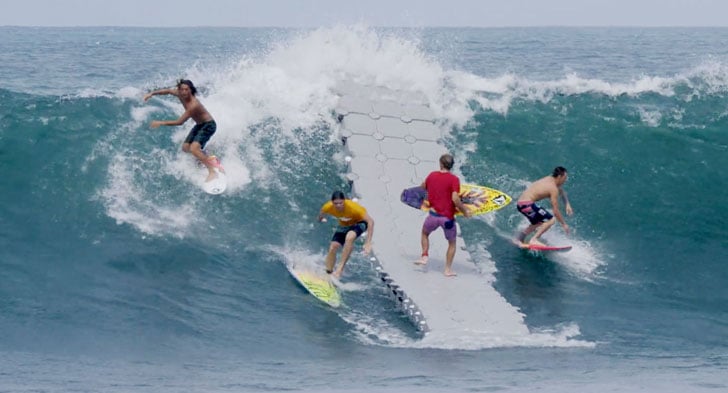 At a first glance, floating docks and surfing don’t have much in common. A dock is meant for landing and stopping near the shore.

Surfing is about getting away from the shore to catch a wave after wave. But the Stab magazine has proved that the combination of two works incredibly well together thus creating the Surf Dock. 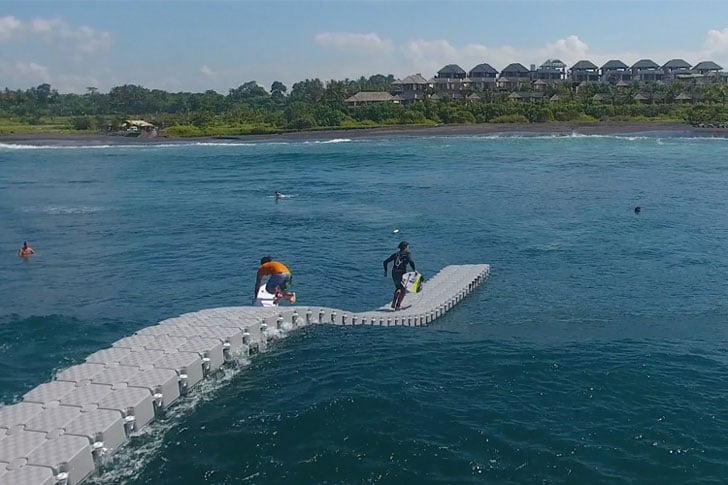 The dock in question is made out of high-density polyethylene resin. Overall, the floating dock system, courtesy of Candock company, is assembled out of interlocking cubes that are durable, sturdy, and resistant to impact. 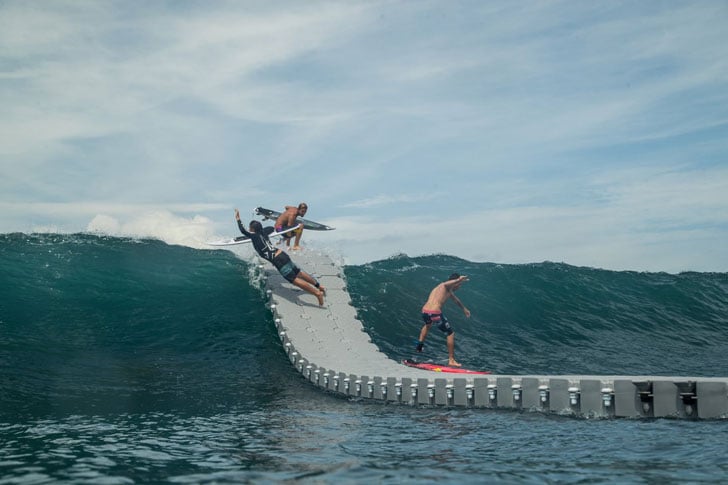 When combined with a surfing routine, it creates a landing pad on the water for the surfers. It allows them to have a running start, a place to relax between the waves, and spices up the surfing routing.

During such surfing session, the dock stays held in place by a cable. Due to the design of the interlocking cubes, it also adapts to the shape of the oncoming wave. The Surf Dock looks incredibly fun and innovative. No paddling, more excitement, and it definitely gives your reflexes and balance a run for their money.