The Sock Sorter takes the tediousness out of sorting socks.

What used to be a tiring space-consuming task, somehow became easy and almost (it’s sock-sorting, after all) enjoyable.

If you want to save time in the future, you need to have your socks ready to go. With The Sock Sorter, the process of folding and matching them goes smoothly in 4 steps.

This patented organizer consists of two parts – the removable Spinner and the laundry basket. 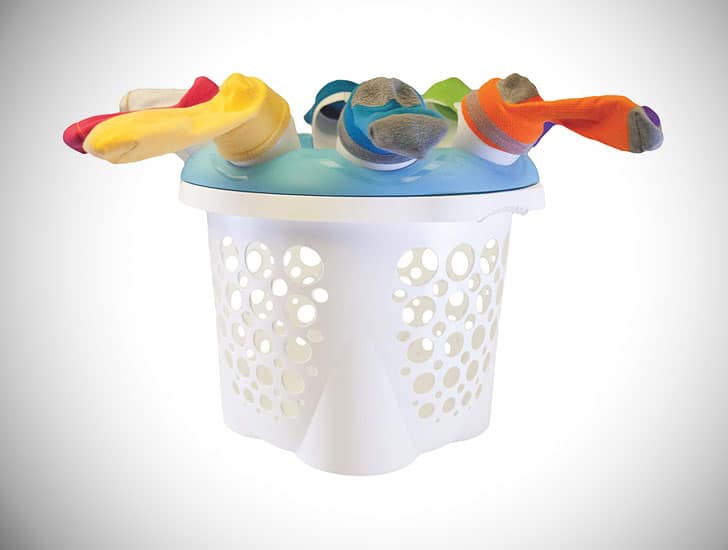 First, wrap one sock over the cup on the Spinner. Second, rotate the Spinner and move on to the next cup doing the same.

When you encounter a sock that matches the one on the cup, place it on top of it, fold, and push them both through the cup. This will fold them in a nice tight bundle and send them into the laundry basket. 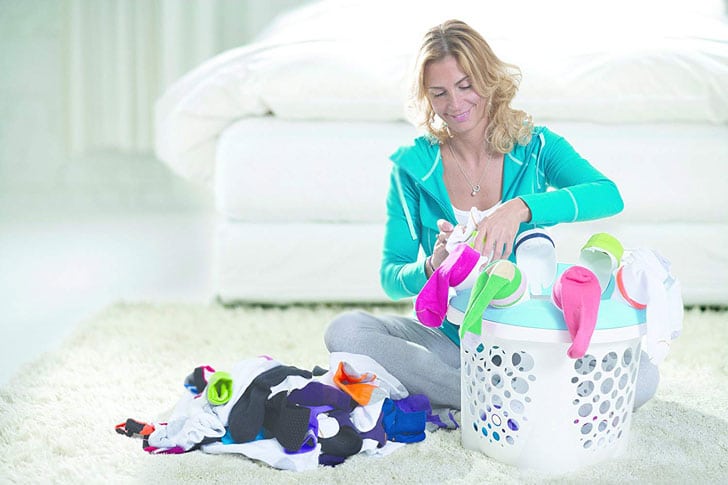 Also, the Spinner can be removed altogether and you get an extra 17.5” x 17.5” x 15” laundry basket. You never know when one might come in handy. 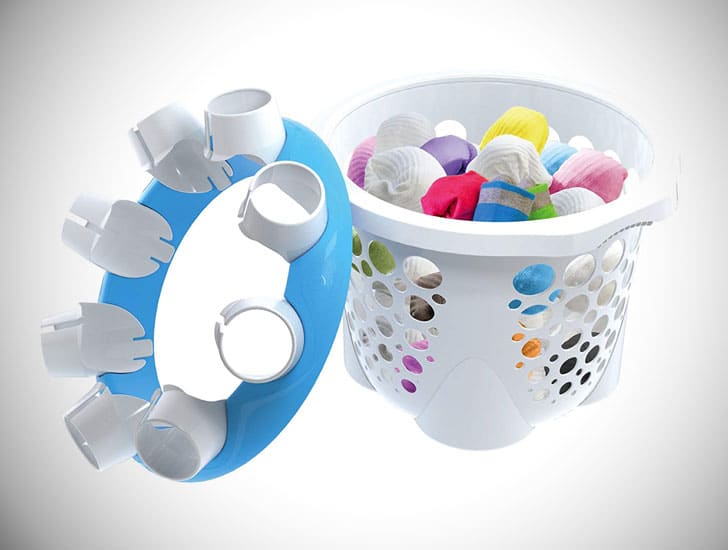 You can say that this process is almost soothing and quite fun. You can even recruit your significant other, roommate, or a kid to help. Make a sock-folding party bonanza out of it. 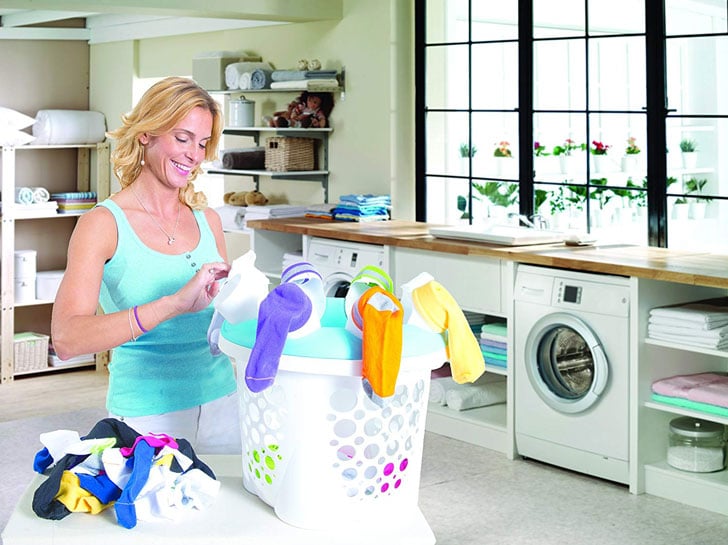 The Sock Sorter
CHECK IT OUT