Change your hammocking game with Treble Hammocks. This company makes awesome outdoor hammocks that you can build a whole hammocking town with.

Three is better than two and their Treble Hammock proves it. This triangular 2-person hammock stays suspended in the air. You can transform into a hanging tent and even put a bug net over it.

The Treble hammock also more stable and comfortable than the traditional one. It cradles your body in a zero gravity position allowing you to even sleep on your side.

Also, you can turn it into a twin hammock to share it with your camping buddy. Don’t worry, there will be no awkward touching or squishing each other. 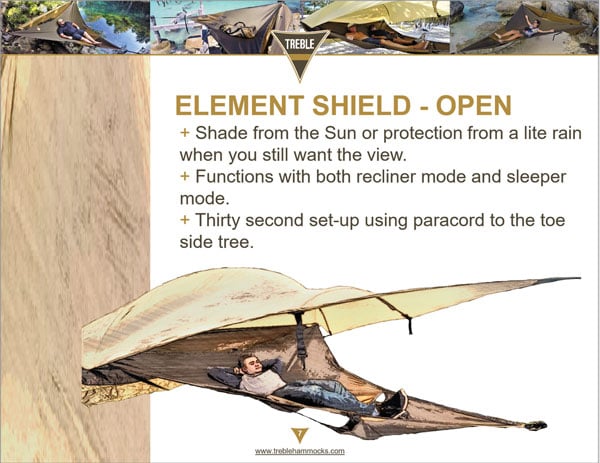 Simply move the carabiners on the hammock from “recliner” to “two-person” position. This will split the hammock into two separate areas with a divider in-between. 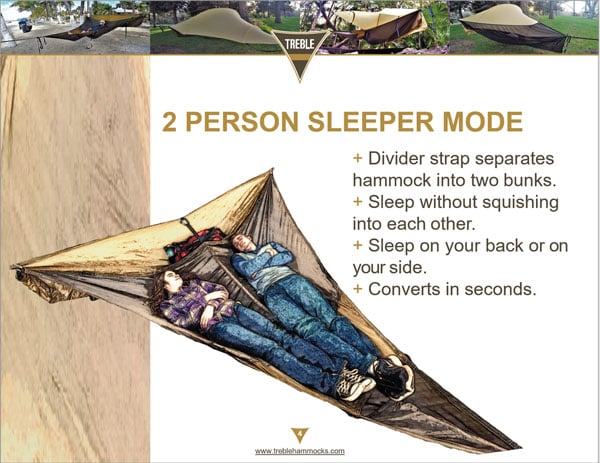 The Treble Hammock weighs only 13lbs which makes it perfect for taking it with you on a camping trip. Just be careful, it’s so comfy you’ll be reluctant to leave it for a hike. 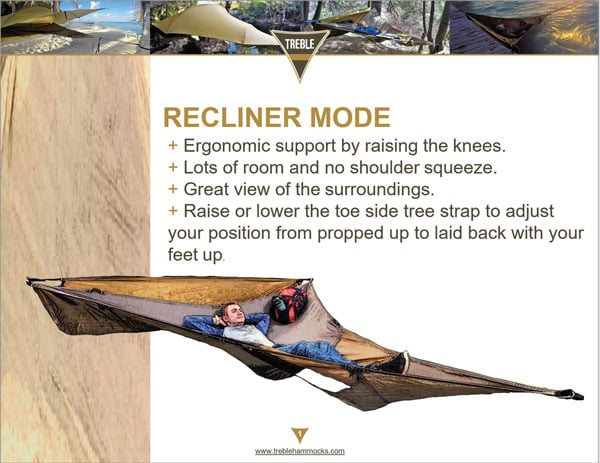 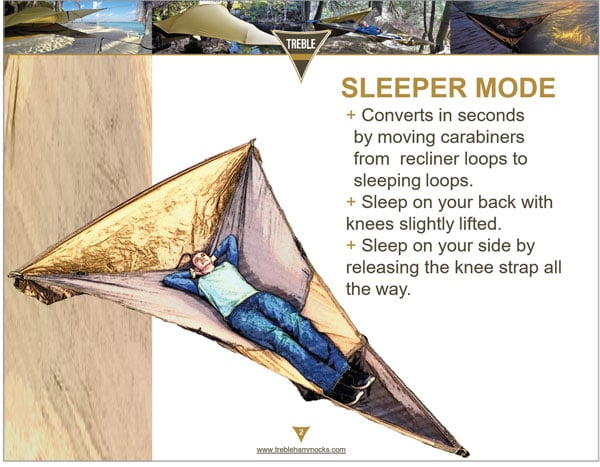