The Airfish 8 Flying Marine Craft is a plane that taps into the Wing In Ground (WIG) effect that makes it more fuel efficient than any other marine vehicles at high speeds.

Airfish 8 has been designed to take off and land on water. It is basically a plane-shaped boat. But it does make sense thanks to the aforementioned WIG phenomena.

WIG produces an additional lift for the plane when it flies close to the land, and in this case water, surface.

This means there is no hydrodynamic drag for Airfish to fight. This means that this vehicle becomes much more fuel efficient compared to other high-speed marine craft. 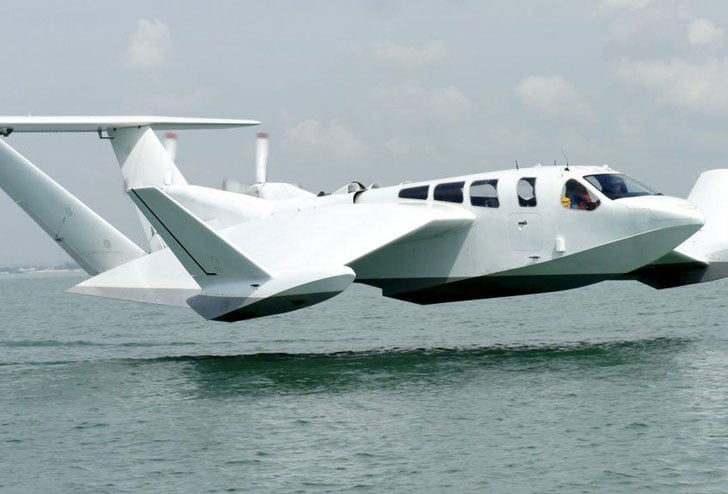 It can transfer up to 8 passengers at once. The creators also claim for it to be much safer and less prone to human error than a typical aircraft.

So if you don’t exactly trust planes, maybe Airfish 8 will do the trick for you.