Amphibian vehicles have tickled the minds of inventors ever since the late 1700s. Even several decades ago, such cars better worked in theory rather than in practice.

But now, amphibious vehicles pop up more and more often than before constantly improving their technical capabilities.

However, humans tend to love with their eyes. No matter how reliable or technically advanced the car is, the majority of people can easily dismiss it due to the lack of “sexiness”.

Same goes for the amphibian cars that tend to look out of place on the road. That is until the Aquada High-Speed Amphibian Vehicle came to life. 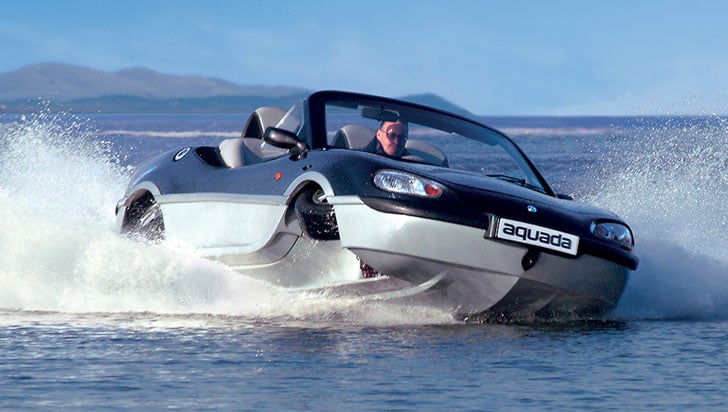 Aquada is a High-Speed Amphibian vehicle that boggles your imagination both off and on the land. On the road, it can reach a top speed of over 100mph. 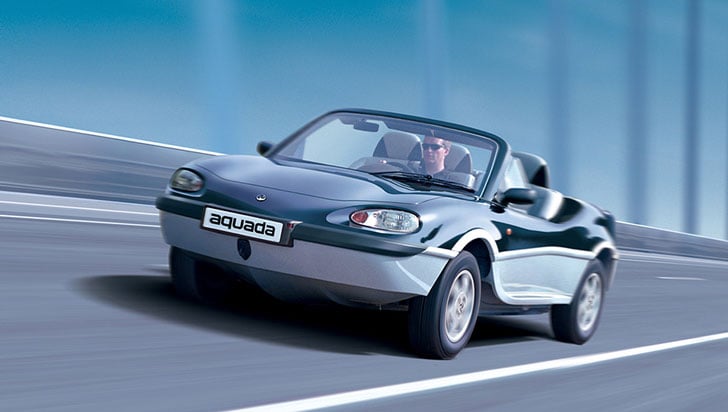 This statistic in itself already makes it a top choice among other cars (both regular and amphibian). On water, it still manages to impress, easily going over 30 mph. Aquada comes with a Rover K Series 24 Valve V6 engine that produces impressive 175hp. 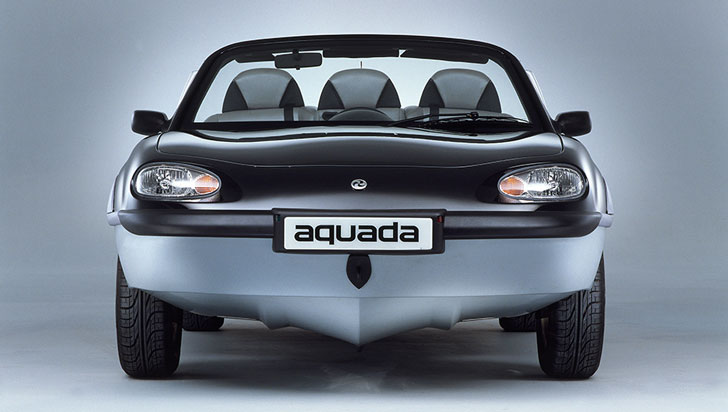 This amphibian’s transformation from land to water is extremely effortless and quick. With just a push of a button and waiting time of a measly 5 seconds, you are ready to tackle either water or land.

The swift wheel retraction, as well as aerodynamic shape, ensure a smooth ride, whether tackling roads or waves. 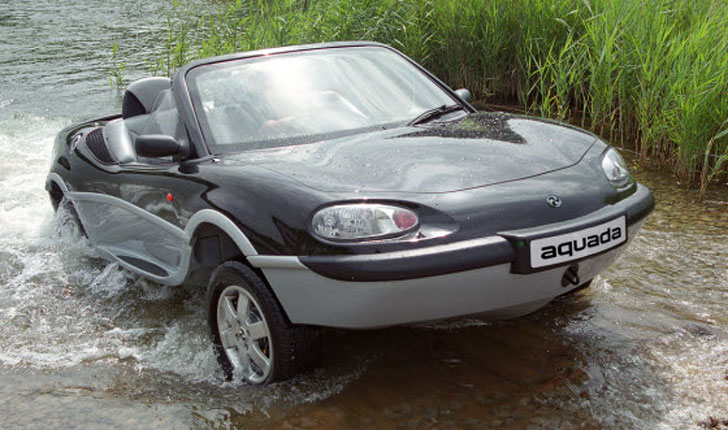 An improved water jet system that has been developed specifically for these high speed amphibians gives the car greater acceleration and maneuverability.

The carbon aluminum pairing in terms of the body and construction also attribute to the vehicle’s durability and lightweight-ness.

Say what you want, but finding a perfect combination of looks and superior technology is a tough task. But it seems like Aquada ticks off all the boxes.

With the body somewhat reminiscent of a retro convertible and the technology that brings you powerful performance, it truly is the ultimate amphibian.