This table, when set in motion, looks as if it belongs on the set of the National Treasure movie that is packed with never-ending mysteries, puzzles, and hidden secrets. There’s no surprise there.

The creator of this table was inspired by the works and talent of Abraham and David Roentgen who were masters of mechanical furniture in the XVII century.

The table was built as a way of thoroughly exploring the craft of mechanical furniture and hidden compartments, and it paid off. 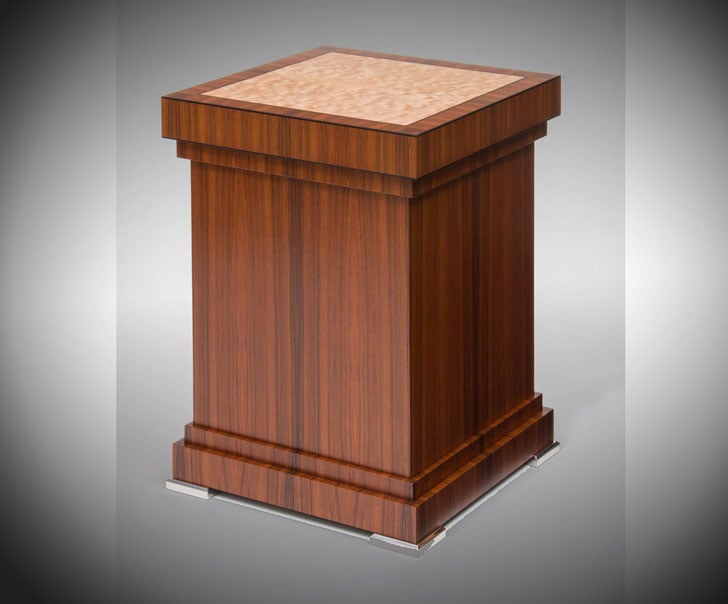 The number of secret drawers that this table contains is astonishing, especially when you consider what means are taken to reveal them: from simple buttons to a magnetic key. 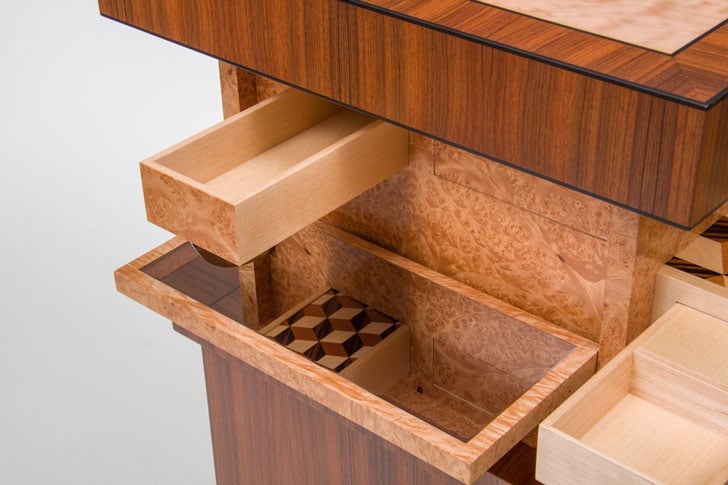 You’d expect the puzzle to actually set another hidden drawer into motion. Unfortunately, it doesn’t, but it also doesn’t take away anything from this amazing table. 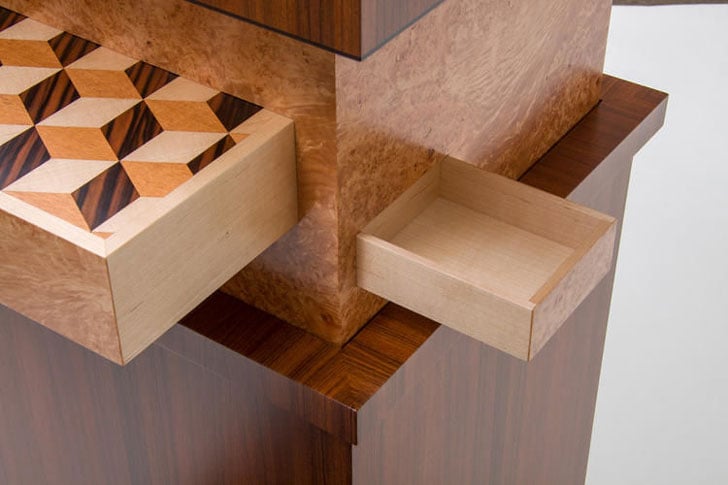 Due to the high complexity of the built-in mechanisms and a wide variety of materials used in the making of this table, its cost is pretty high.

But it’s so pleasant and almost soothing to look at. Add to that the sheer awesomeness of the fact that it’s filled with secret trappings and compartments, and we think it’s quite worth it.