The BMW Motorrad Vision Next 100 Bike aims to show us a glimpse into the future, where the driver of a bike needs little to none protective gear or helmet. Instead, the rider is equipped only with augmented reality glasses that project essential data, like speed, rear-view, and navigational system controls.

One of the main purposes of the glasses or the visor, if you please, is to prevent accidents before they happen by showing the rider the optimal line he or she should be riding along with.

Another feature that aims to prevent accidents and unfortunate events is the self-balancing system that prevents the bike from toppling over in tricky situations. 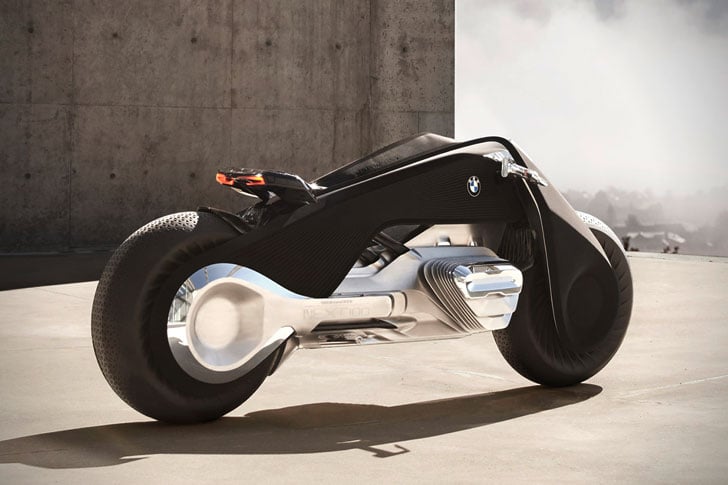 The self-balancing feature is possible thanks to the gyroscopes that keep it upright even when parked.

And before you say, that even the most advanced fancy technology won’t stop from getting hit by someone else on the road, let’s not forget the context. 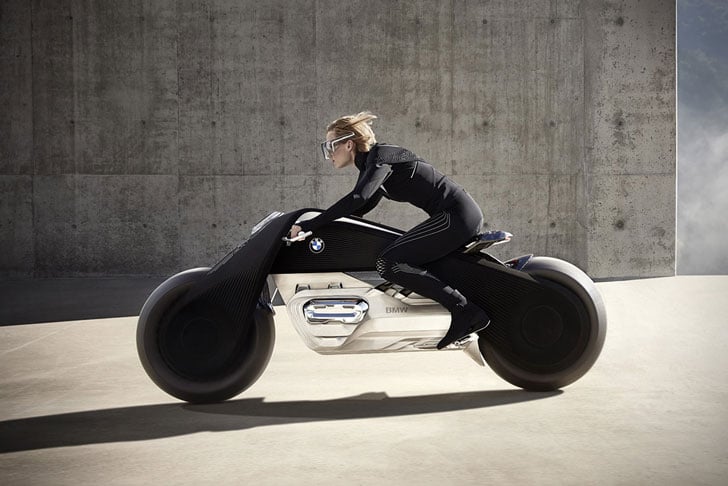 The bike is a concept design of a motorbike of the future. The distant future, where the majority of cars have autonomous driving systems which in itself might significantly lower the probability of accidents.

Well, this motorbike certainly looks futuristic to me, but the concept of riding without a helmet is too out-of-this-world for me, at least now. Maybe in the next century. 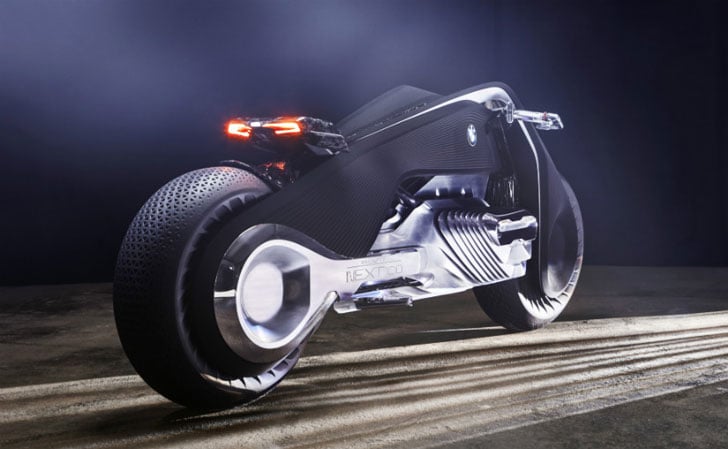 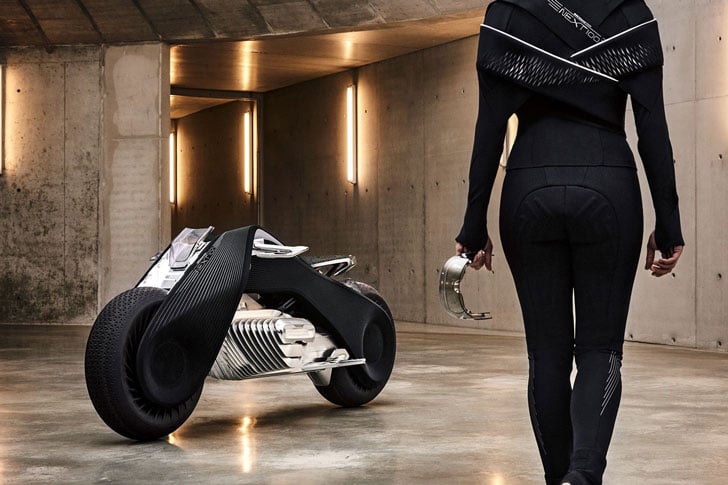 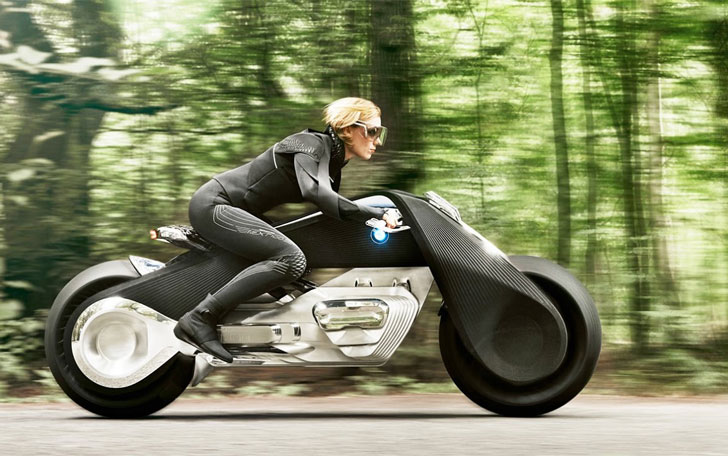