The Cooler Cannon Can-Tossing Cooler is your new beer-drinking buddy.

It not only keeps the beer cans pleasantly cold but can also toss you a new one anytime you need it.

Is there a cooler way to get people excited about a football game, BBQ, or the weekend as a whole other than by whipping out the Cooler Cannon?

Make up fun games out of catching beer cans. Root for each other. Or just enjoy not having to bend down to get a beer. 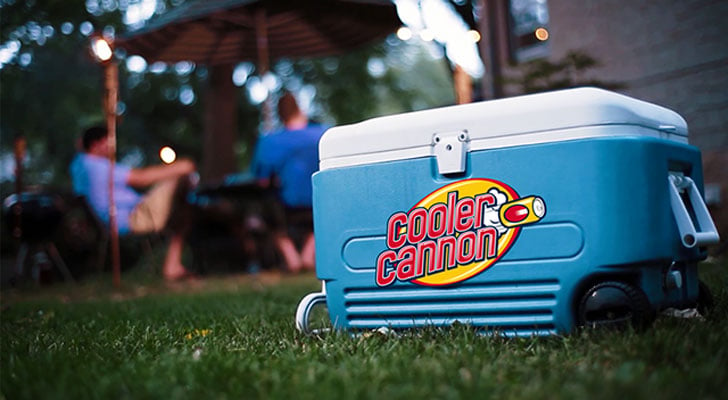 The Cannon Cooler is operated via remote control. With a push of a button, it launches a beer can 8 feet away. All you need is some ice, beer cans, and beer-catching reflexes.

Don’t worry, we’re sure they’ll kick in the minute you’ll see a beer can flying your way. This would be an awesome gift for every football fan who wants to get into the spirit of the game by catching beer. 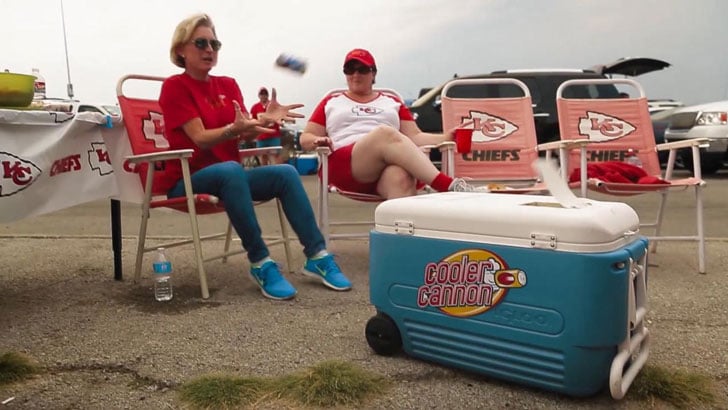 Host the coolest BBQ sessions by amazing your guests with your beer-tossing buddy. Or take it to the beach and enjoy catching beer cans instead of volleyballs.