These Metallic Harley Quinn Suicide Squad Shorts will allow you to feel more like your favorite female DC antagonist.

Even though the Suicide Squad had some bumps along the road you have to admit at least that it was a very interesting movie in terms of choice of clothing for the characters.

Harley Quinn did not get the classic red and black leotard and instead spent the most part of the movie in a much more revealing outfit. We’ve already had her bomber jacket here and now it’s time for the shorts.

These shorts are longer than in the movie and are available in several versions including long waist or high waist. They are made out of stretchy metallic fabric that looks exactly like the one in the movie.

So if you’re planning on cosplaying Harley or just want these cool shorts for yourself, then go for it, Puddin’! 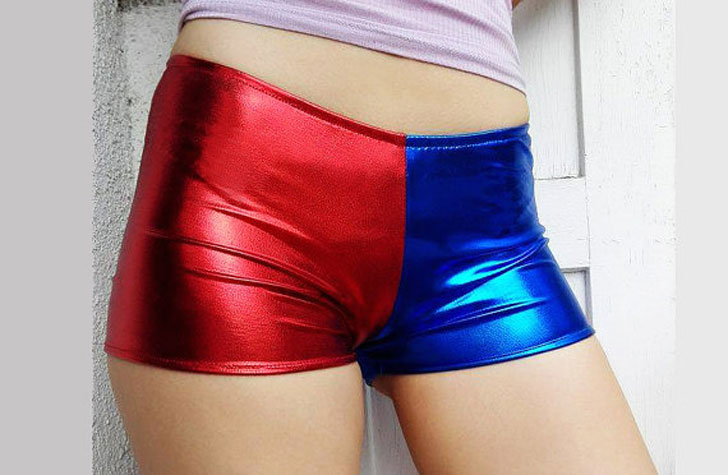