As we know, the original Jeep Willys was built for military use.

Years later, however, it was heavily modified then widely sold and used by members of the general public.

It’s a beloved vehicle with a huge following and those who own them aren’t likely to ever look back once they’ve driven one.

Now, thanks to Jeeps’ newest collaboration with AM General, we have a brand new all-terrain Jeep to behold called the Tactical Mil-Spec Gladiator Off-Road Pickup. 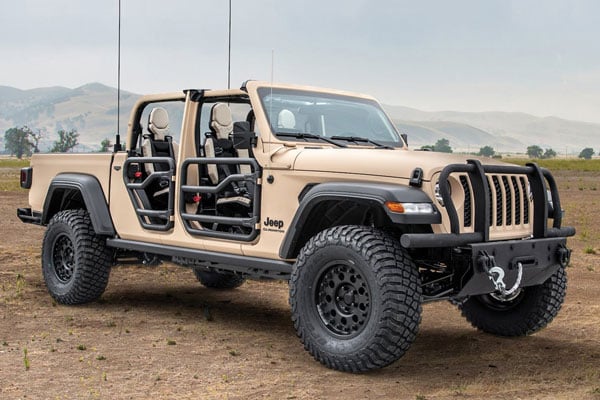 This modified 4×4 is every bit as mighty as it sounds with a huge amount of both cosmetic and internal performance upgrades. 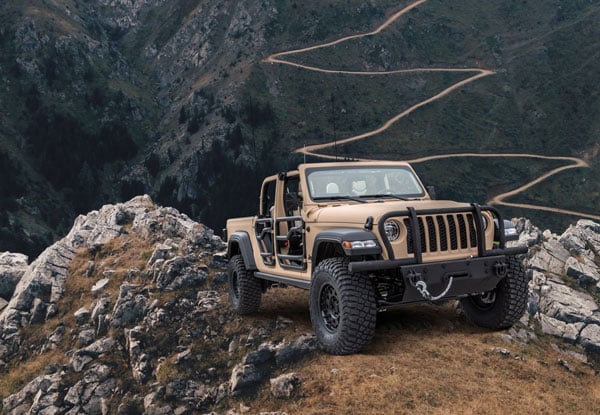 Though it may be just the latest in a long line of Jeeps for some of us, this creation is, in fact, a civilian vehicle that has been upgraded heavily for global military use.

So what can we expect from this incredible vehicle and its all but elusive information? For starters, it has two advanced four-wheel-drive systems, a winch system, and skid plates underneath. 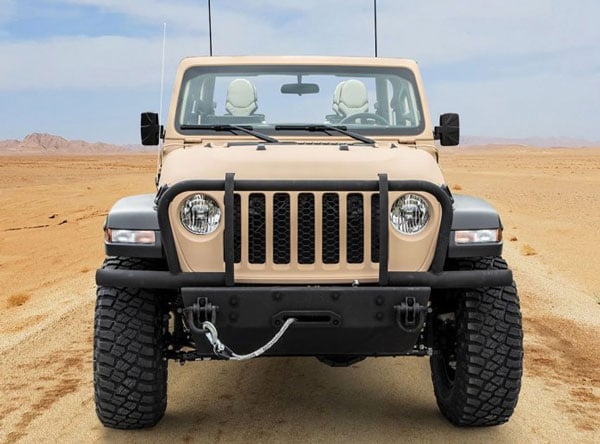 Unfortunately, this dream Jeep is still in the early design stages with no word as yet if it’ll ever be put into production or modified for purchase by the general public. 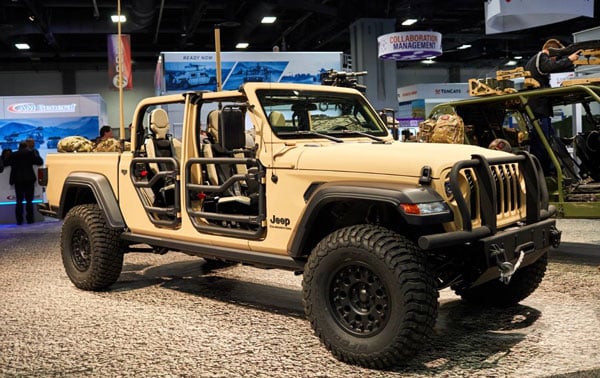 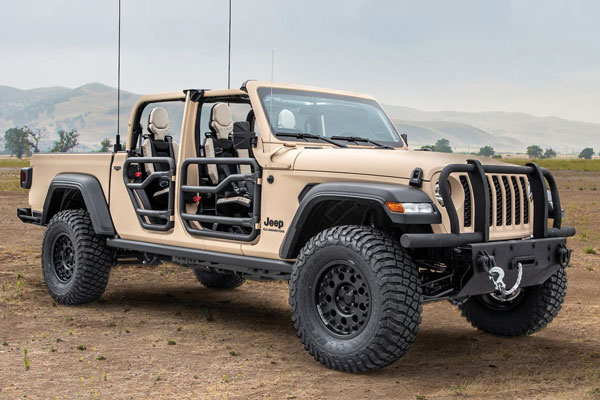