In today’s day and age, it seems like we can do anything with our phones and it’s awesome. What it has been most successful in substituting is a digital camera.

Don’t get us wrong, digital cameras are still broadly in use, especially on special occasions. But your phone’s camera is definitely good enough for taking pictures and filming.

As it is with every camera, you’ve probably found yourself needing a camera mount for achieving the best results.  No camera mount seemed good and versatile enough though, right? Until now as you’re about to meet Tenikle Multi-Purpose Phone And Camera Mount. 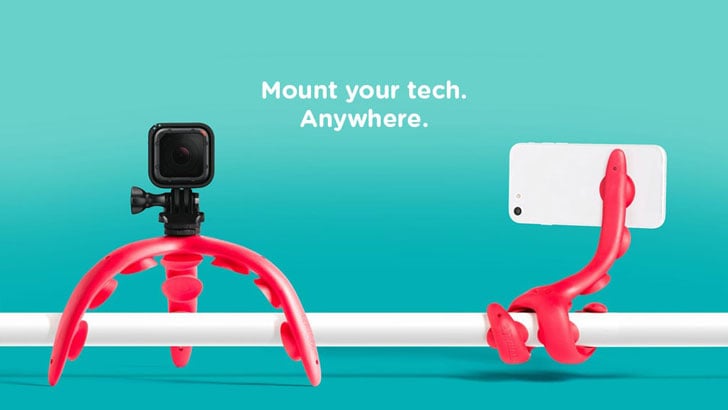 Tenikle Multi-Purpose Phone And Camera Mount is as flexible and versatile as an octopus tentacle. Hence, the name. Although,

you wouldn’t be too excited at the prospect of carrying a tentacle with you on a day to day basis. But with Tenikle, you won’t be able to leave it behind no matter where you go.

Tenikle is first and foremost a camera mount. We’ve mentioned phones at the beginning, but Tenikle can also serve as a mount for your GoPro, tablet, and a smaller digital camera.

When it comes to smartphones or tablets you can confidently “stick” them to the Tenikle’s suction caps. Each suction cap can hold up to 8 lbs of weight and Tenikle has 10 of those.

The “sticking” can last up to 2 weeks when stuck on a dry surface and up to 4 weeks if there was some licking of the cap involved.

This multi-purpose phone and camera mount can be rolled into a tight compact ball that you can take with you when traveling.

If you are a lucky possessor of deep pockets, you can just carry it around in there until an occasion for a photo presents itself. 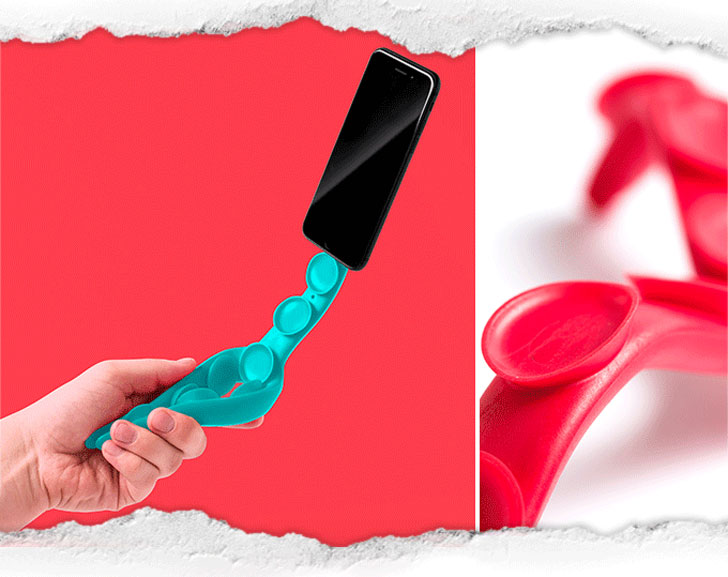 Tenikle Multi-Purpose Phone And Camera Mount allows you to do so many things. Mount your phone onto your car’s dashboard for some navigation help.

Take a selfie or read a recipe on your countertop. Watch movies or news while working out or lounging on the sofa.

Record awesome wide shot videos of yourself or others without the “shaky camera” effect in the end. In short, you can be as versatile and flexible as the mount itself. 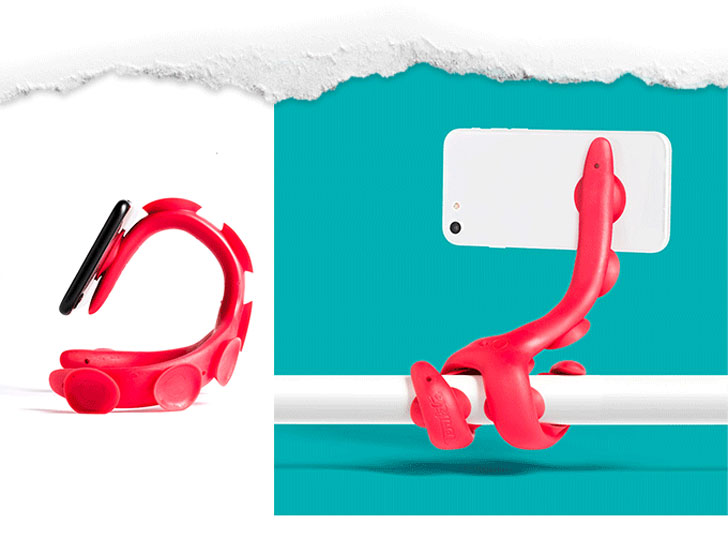 Tenikle Multi-Purpose Phone And Camera Mount
CHECK IT OUT