This might look like an action figure of an insanely tough to beat boss in a top notch video game. But it’s not. Instead, this humanoid figure is called Sound heroes, a Bluetooth speaker of the future. It not only can treat your eardrums to top quality sound but is also packed with lots of cool features.

First of all, this Bluetooth speaker is a looker. The polygonal design looks almost alien as if this guy has just stepped out of pages of a beloved comic book.

Apart from that, this futuristic speaker can display up to 16 million LED colors that are synced to the rhythm of the music you put on. This is basically a more elegant disco ball of the future.

Additionally, AD’OM (that’s the name of the speaker) can serve as a wireless charging station for your smartphone or any other device that can be charged that way. If you don’t have those, by ordering this futuristic speaker you’ll also receive a free adapter to do just that. Who are we to refuse free stuff, right?

Remember how in Atlantis motion picture the ancient Titans were able to connect together creating a massive shield to protect the city?

Well, you can do the same with up to 12 AD’OMs. Connect them via wi-fi to spread the music around the house, that is. Not rendering a fictional force field of massive energy, although that would be cool.

Last but not least, this Bluetooth speaker has a built-in smoke machine. No need to tell you how awesome that is. If you have a flair for dramatics and epic visuals, just imagine this guy with its LED lighting, smoke, and badass music, and you’ll get shivers running down your spine. 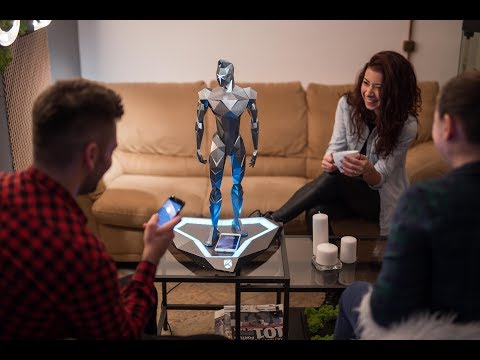 Sound Heroes: Bluetooth Speaker Of The Future
$135.00
CHECK IT OUT