The Widdenburg Tick Tock Watch Series is for those who love their accessories to be trendy without verging into the “obnoxious” territory.

With smartphones being constantly at the end of our fingertips, the purpose of watches has shifted. It’s no longer a necessity. It’s a fashion statement.

The Tick Tock watch series makes a bold yet minimalist statement. The rotating panel in the middle of the watch face spells out two words interchangeably – “tick” and “tock”.

The series includes two models of the same watch. The Alpha model features only the rotating word panel without the dial. This is a more minimalist version of the two.

If you prefer your watches to have at least some numbers, the Phi model is the one for you. It makes an unconventional approach by adding another two rotating panels. Only the right side of the panels is visible that tells you the exact time.

This is the accessory for those who like to stand out and have the tiniest detail show off their unique personality. 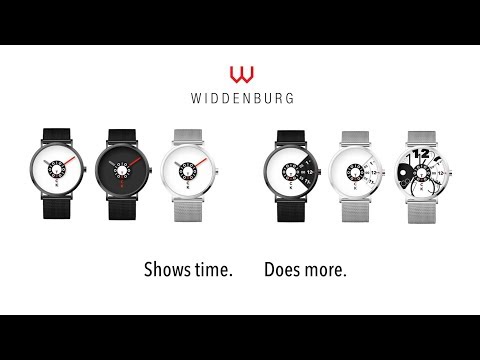