Are you a novice in the world of music or do you pride yourself as a maestro?

No matter where you stand, you might be surprised to come across some of these unusual musical instruments.

These unique musical instruments from around the world come in all designs, shapes and sizes, ranging from tiny palm-sized pieces to huge drums and ornate flutes.

Take a peek into this amazing gallery of weird & unusual musical instruments for sale and make your pick.

Best Unusual Musical Instruments & Where to Buy Them: 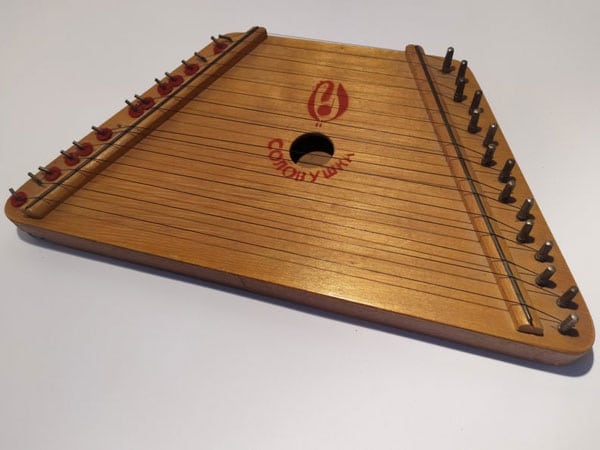 The dulcimer, a member of the zither family, is a type of stringed instrument. Largely considered an American instrument, it traces its origins back to ancient European instruments.

It dates back to the 1800’s and its name is derived from Latin (dulcis meaning “sweet”) and Greek (melos meaning “song). Immigrants are said to have brought its forefathers to the US where it underwent a remarkable evolution.

Various cultures around the globe have it in different forms, as different makers added their own flair. As a result, the dulcimer holds somewhat of a record when it comes to sheer variety. It’s also one of the coolest sounding instruments of all time.

See this amazing viral video below of a man named Ted Yoder playing “tears of Fears” on his Dulcimer.

The sound is incredible, a true testament to the meaning of its name.

You can find some unique Dulcimers to buy here. 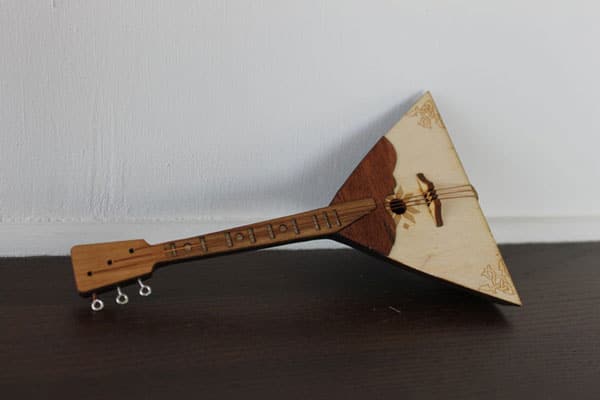 Belonging to the lute family, the Balalaika has Russian roots. Not only is it a national instrument in Russia, but it is a symbol of the country’s music culture.

Among the features that qualify it for our list of unusual musical instruments is its characteristic shape. Its triangular body is hollow and it holds three strings and a fretted neck.

Its contemporary form features six varieties, each offering a different pitch. The highest pitch comes from the Piccolo while the lowest is the Contrabass. Others include the Bass, Alto, Secunda and Prima Balalaikas, the last one being the most popular. Find Some Here. 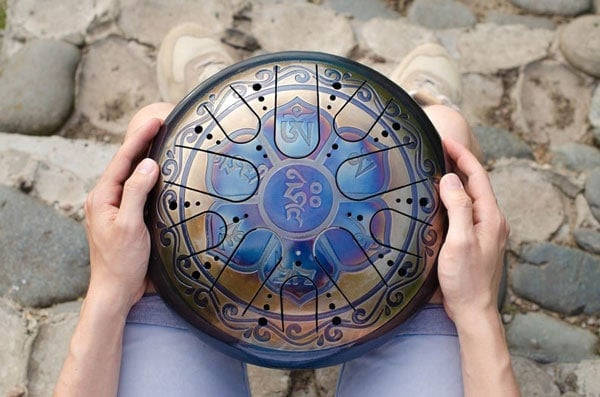 Also known as the hank drum or tank drum, the tongue drum is a fairly recent addition to the percussion family. Though it has a number of predecessors, the drum’s most noteworthy forefather made its appearance in 2007.

You might not tell it’s a drum by looking at it. The tongue drum looks more like an ornament than a musical instrument. In addition to its visual excellence, this cool musical instrument also has lots to offer in terms of acoustics.

Part of the reason why it makes the list of bizarre instruments has to do with its design, which informs the drum’s name. Its top typically features between seven and ten tongues which cut right through the surface. These may vary in length for pitch variation and one can use mallets or fingers to play tunes. Find Some Here. 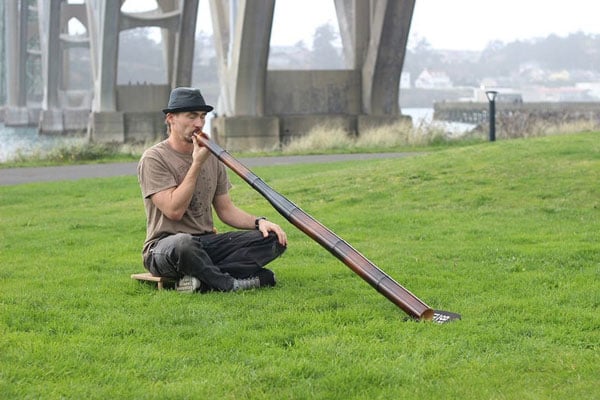 Admittedly, the didgeridoo has one of the funniest names in the world of unusual musical instruments.

It is among the oldest wind instruments of all time, tracing its roots back to the Aboriginal culture. The name however is not Aboriginal; but rather, has roots in Old Irish and it dates back 1,500 years.

Though its whimsical name might earn it a spot on the list of silly musical instruments, its musical output is outstanding. The tone is almost hypnotic and reminiscent of nature’s echoes from the kookaburra and dingo.

To play the didgeridoo, one needs to master circular breathing – in through the nose and out through the mouth. As a bonus, this has been shown to strengthen airway muscles and reduce snoring. 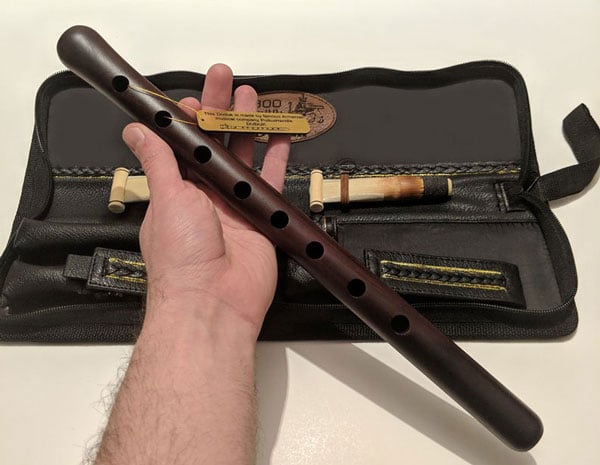 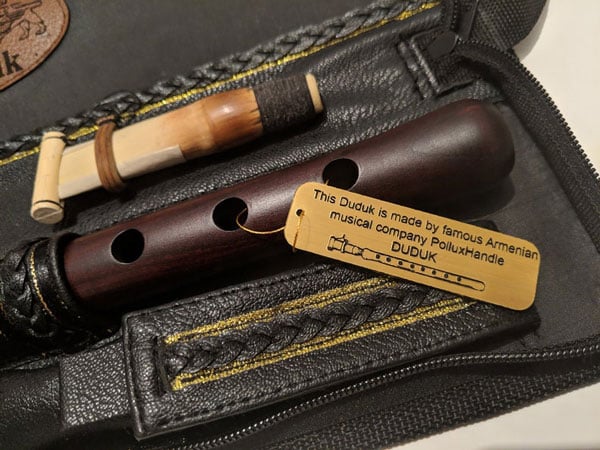 Also known as the Armenian oboe, the duduk is one of the most ancient double reed instruments. As you might have guessed, it has its origins in Armenia and is inseparable from the cultural identity of its creators.

Though the original material was bone, contemporary models use wood from Apricot trees. In fact, its name means apricot tree pipe.

Over the centuries, it has won the hearts of music lovers beyond Armenia. As a result, it has traveled the world and in the process, had some subtle changes in design.

Essentially, it is a long cane with holes along its length and a mouthpiece on one end. Additionally, it has a wooden body, giving it a unique ability to resonate, unlike most flutes. Find Some Here. 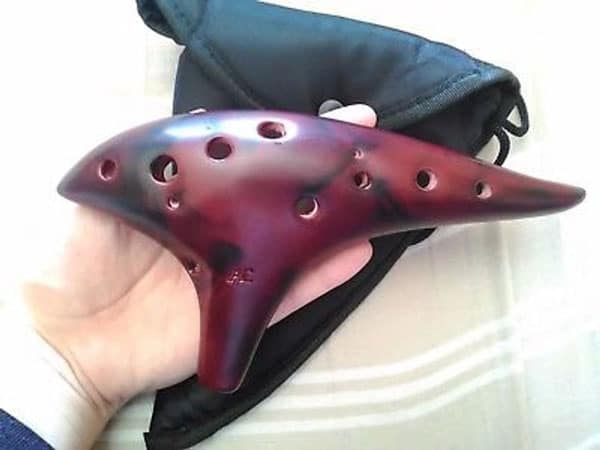 When it comes to unusual small musical instruments, the ocarina is in the top tier. The contemporary wind instrument dates back to 1853, a creation of Italian teenager Guiseppe Donati.

Though this was not the first-ever instrument of its kind, it was the first time someone elevated it from toy status.

The name means little goose and essentially, it is a globular flute consisting of a mouthpiece and four to twelve holes. Ocarina creators traditionally used ceramic or clay.

But today they use other materials such as glass, plastic, wood, bone and even metal. And the designs are as many and varied as there are creators. Find Some Here. 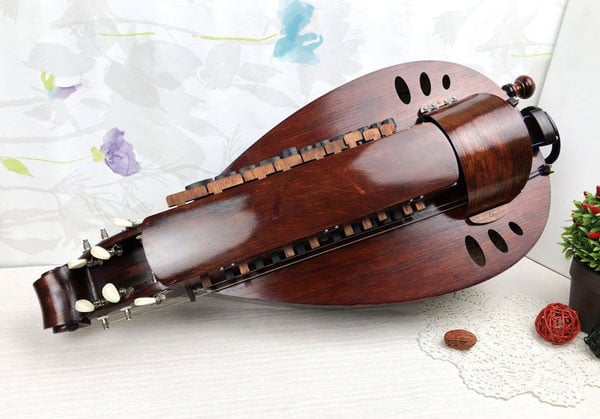 Belonging to the family of acoustic stringed instruments, the hurdy-gurdy remotely resembles a guitar. But its design is a tad more unique as it applies the keyboard concept.

It is pear-shaped and instead of sounding notes using a bow, it makes use of a wooden wheel rim. The rim sits at the end and the player uses their left hand to stop the strings with wooden keys.

Its original users were French aristocrats back in the 18th and 19th centuries. Though current models bear some semblance to the early forms, the contemporary one is a lot smaller.

To make things interesting, modern creators offer it in a wide array of ornate designs. Find Some Here. 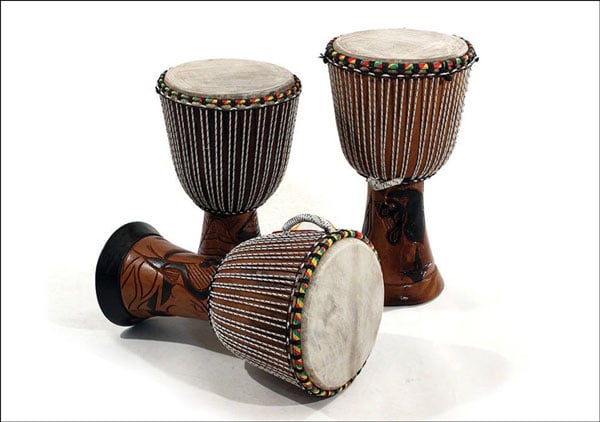 The djembe is a goblet-shaped percussion instrument that has its origins in Africa. Its inventors were the Mandinke tribe of Mali, West Africa and it dates back to the 12th century.

Not only is its design unusual and unique, but this drum holds the potential for a rich musical experience. Its ability to offer a wide range of sounds makes it one of the most versatile drums of all time. It is also remarkably loud.

The output varies according to the type of skin, density of wood, shape and proportions as well as drumming style. Originally the reserve of male drummers, the instrument is now accessible to all and sundry. Find Some Here. 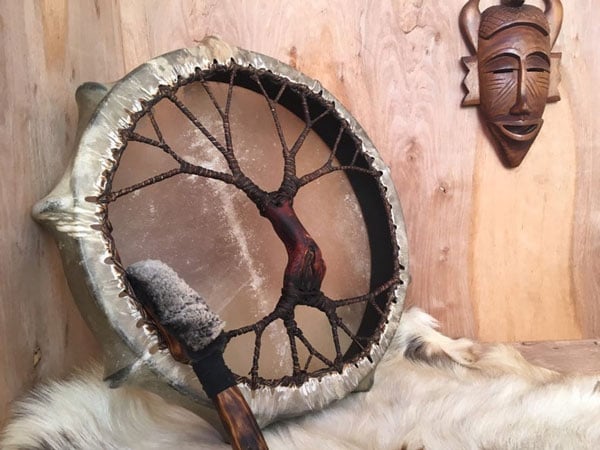 The shaman drum is not your everyday percussion instrument. In fact, in our collection of unusual musical instruments, this has to be among the most unique.

It is associated with shamanic practices such as healing, community building and expanding the consciousness.

The drum and its rich cultural heritage trace their roots to Tuva, Siberia. Shamans consider it one of their major tools for meditation.

They use it to get into a trance and venture into the other world. It is typically a perfect circle, signifying unending natural cycles.

Thanks to their elegant patterns, each of these drums tell a story. Find One Here. 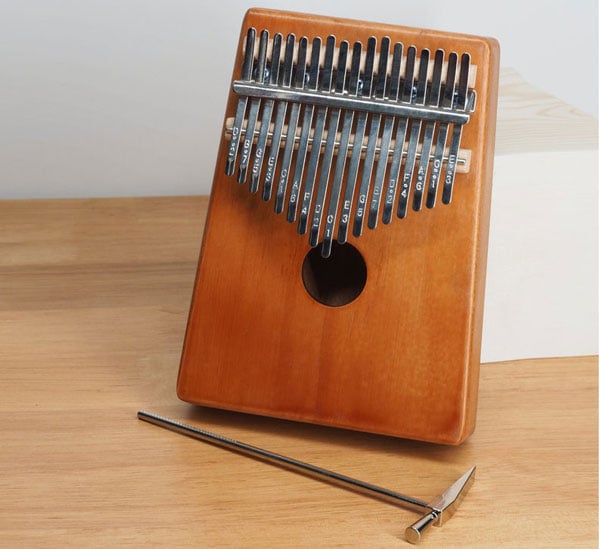 The kalimba is a widely renowned lamellophone from Africa but is also found in the Caribbean and in South America.

In different countries, it is associated with different cultures. For instance, back in the 50’, it was a pillar of rhumba in Zaire. But in Zimbabwe, its main use is to contact the dead.

It consists of metal keys (lamellas) and a soundbox. Players use the fingers to pluck the lamellas or to depress and release them to make music.

In case you are looking for small musical instrument gifts, you can find a kalimba small enough to fit in the palm of your hand. Find Some Here. 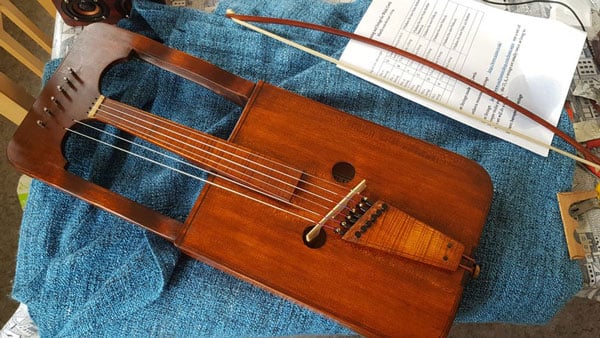 Belonging to the family of stringed instruments, the crwth is a bowed lyre with origins in Wales.  The name is not the only interesting thing about the crwth; it’s looks are also quite fascinating.

It consists of a box-like construction, a flat fingerbox and six strings, which one plays all at the same time. Though it roughly resembles the violin, its tone is rougher and softer, with a droning quality.

Originally, music players used to pluck the strings. But from the 11th century, they started using bows.

In modern times, there have been efforts to revive its traditional use abd you might want to join in the fun. Find One Here. 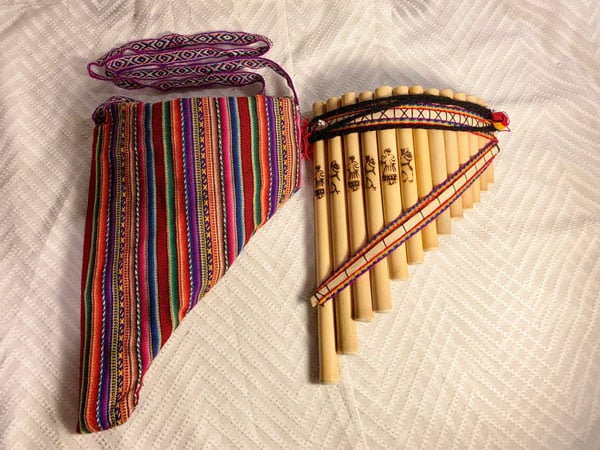 You are likely familiar with Peter Pan, in which case, you might know something about the pan flute (which he played). It consists of a number of pipes of varying lengths joined one to another in a row.

At different points during a performance, the musician will blow across the tops of these pipes while blocking some of them. Each of the pipes offers a different note and the result is fascinating.

It is a product of ancient Greece which with time spread across the face of Europe and beyond. In modern times, there are different variations of the flute in various cultures around the world. 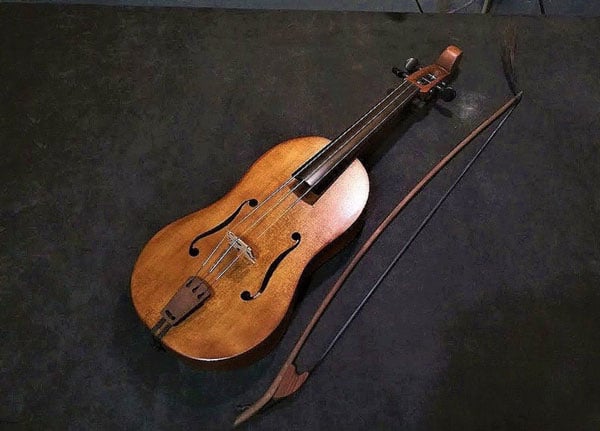 Bearing some semblance to the modern-day violin, the Vielle is one of the most intriguing exotic musical instruments. This bowed-string instrument appeared on the scene in the 10th century.

It sports between three and five strings and a pegbox resembling a leaf and pegs that tune from the front. In the most unusual cases, its body takes the shape of figure eight. But typically, it has an oval shape.

The difference between this and the violin stems from the fact that the former is longer and deeper. This creates a clear distinction in the musical output from the two.

Though it was most popular in medieval times, it still holds remarkable acoustic appeal for the avid enthusiast. Find One Here.