Amphibian cars are fascinating. Being able to transfer a ton of metal from land to water without it drowning is impressive on its own.

Having it actually stay afloat, moving through waves with ease is even better. But what would actually boggle your mind is this Amphibious Water Tank.

This Amphibious Water Tank is a multi-ton Ultra Heavy-Lift Amphibious Connector (UHAC) capable of tackling any terrain whether on land or water.

It has been developed by Navatek company for the U.S. Marine Corps. Its primary purpose is transporting heavy military vehicles from water to shore. 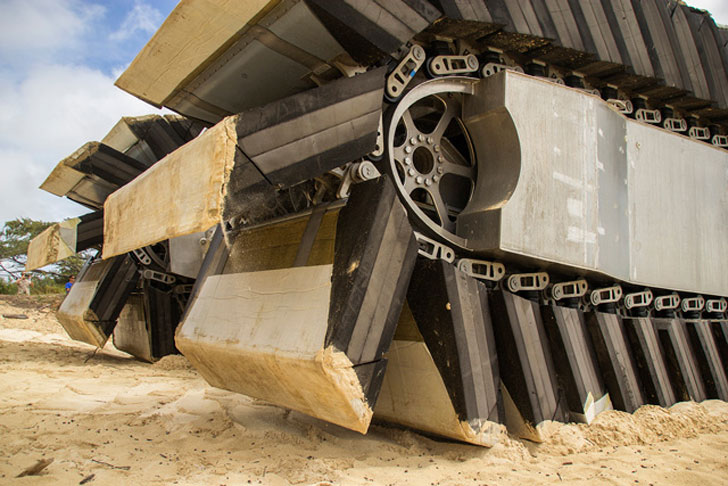 This amphibious tank features revolutionary foam pad threads that help this monster of a machine stay afloat and move around.

The foam pads have also been designed to act as multiple paddles to help propel the tank in the right direction.

Additionally, thanks to the fact that the foam pads are significantly lighter than any other sort of solution they reduce the pressure the vehicle puts on the land it rolls through. 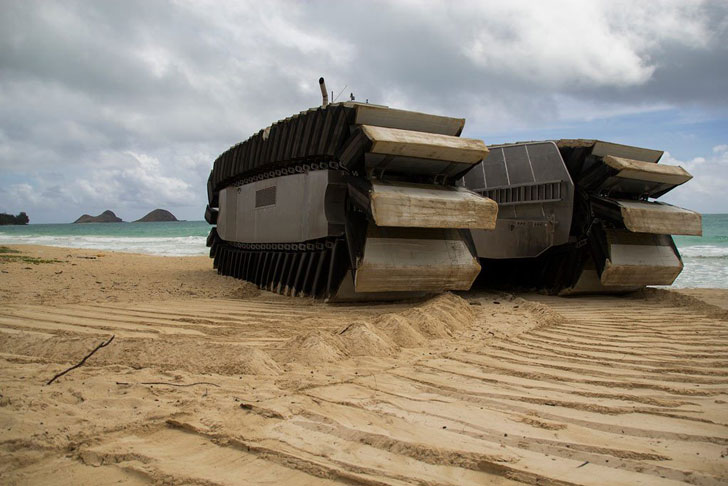 In fact, it is said that the pressure exerted is comparable and even lighter than an adult human’s footsteps. That is incredibly impressive for a tank that weighs 38 tons. 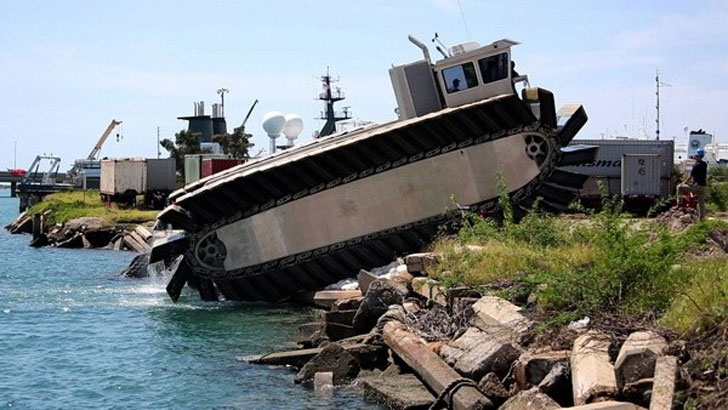 What you see in the pictures is actually a prototype of UHAC, that has been built 2 times smaller than the full-scale vehicle would be.

The full-scale machine would actually be capable of carrying up to 3 U.S. Abrams tanks which is incredibly impressive. This particular prototype has been tested in 2014 on such types of terrain as sand, dirt, swamp, and, of course, water. 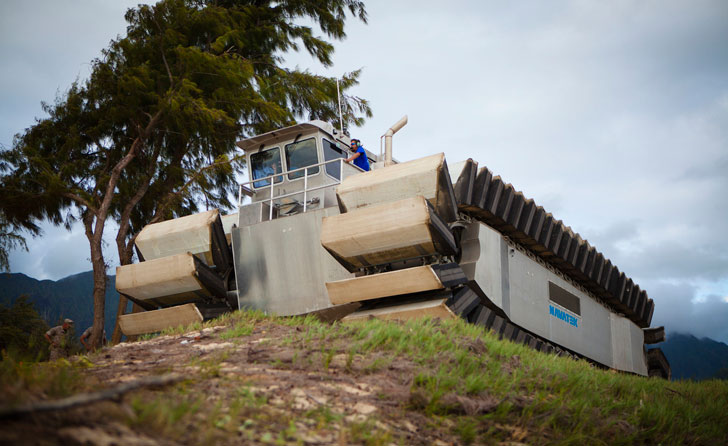 The full-scale model is expected to be bigger, better protected with armored plating, and be even more impressive than the prototype.

What is going to come out of it and whether it would come to life we don’t know yet. But it is nice to just look and admire it for what it is – a gigantic unstoppable force. 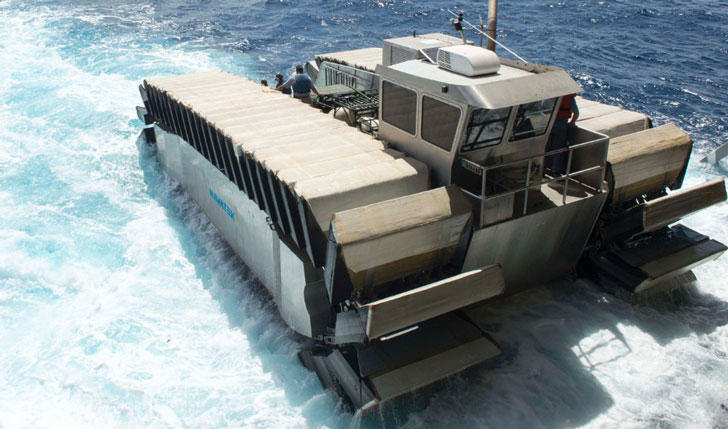