Naruto manga has ended after seven hundred chapters. The ninja finally achieved his dream to become Hokage. He becomes the 8th Hokage if Danzo is included on the list. However, most people consider him to be the 7th leader. To celebrate the orange-haired ninja, we present you with this list of Naruto action figures. We have included various characters from the series, not just the main ones.

Right now, the series continues with Boruto. The sequel tells the story of the son of Naruto and his friends, Sarada and Mitsuki. Collecting Naruto action figures will be an excellent way to reminisce the old series. The items will also be an ideal gift, especially for hardcore Naruto fans.

As someone who possesses the Rinnegan, Rikudo Pain (Nagato) can summon the Gedo Mazo statue to extract Bijuu, or tailed beasts, from the Jinchuuriki. He successfully killed Jiraiya and destroyed the Hidden Leaf Village in the series. This super detailed action figure of Pain and his demonic statue will be an excellent item to complete your collection.

As the Fifth Kazekage, Gaara is the youngest ninja that becomes the village leader. Previously, he was killed by the Akatsuki as the villain forcibly extracted the monster Shukaku from his body. Fortunately, he was revived by Chiyo and continues to lead the Hidden Sand Village until now. If you love Gaara, this action figure shall be the ultimate collection.

Kimimaro Kaguya was one of the most powerful of Orochimaru’s loyalists. He has a unique ability to control his bones! Because of the Cursed Mark, he can amplify his power significantly. However, he died after fighting Gaara during the pre-time skip arc. To remember Kimimaro’s extraordinary ability, you should buy this high-quality figurine!

Madara is the strongest member of the Uchiha Clan that has ever lived. He was also one of the founding fathers of the Hidden Leaf village, along with Hashirama Senju (First Hokage). This Naruto action figure depicts the legendary Uchiha after becoming the ten tails Jinchuuriki. Even though he finally realized the Moon Eye plan, he was backstabbed by the Black Zetsu to revive Kaguya.

Madara aside, Itachi is also among the strongest Uchiha that ever lived. He was a prodigy. His achievements include graduating from Ninja academy at 7 years old, awakening Sharingan at 8 years old, and becoming an Anbu captain at 13 years old. He is the hidden hero of the Hidden Leaf village after he massacred his own clan for peace. Itachi’s reputation makes his action figures very valuable among fans.

While Obito wears this persona and mask, he acts like a moron. Secretly, he is the one who pulls the strings behind Akatsuki. He was Deidara’s partner and fought together against Sasuke Uchiha. Original Tobi figurine is definitely one of the most unique Naruto action figures, especially great for the Uchiha’s fans.

This figurine shows Obito’s outfit after declaring war against the Five Kages. During the arc, he joined forces with Kabuto Yakushi. In the story, Naruto breaks his mask and reveals the truth behind his identity. This Naruto action figure also includes the weapon that Obito uses while wearing that outfit.

Shishui Uchiha has the strongest Genjutsu in the Naruto universe. He can cast powerful illusions and hypnotize his opponents using his Sharingan. The green-colored Susanoo is also his trademark. His fame reaches other countries. Even other powerful ninjas, such as Ao, will retreat when they know that Shisui is around. To celebrate Shishui’s memory, you should get this incredible figurine and add it to your collection!

Naruto is the main character of the series alongside Team 7. Kakashi (sensei), Sasuke Uchiha, and Sakura Haruno always support him to acheive his dream. This action figurine depicts Naruto in his old outfit from the Shippuden era. After wearing this iconic black and orange jacket, he received a mission to save Gaara, the Fifth Kazekage.

Kakashi is regarded as one of the strongest elite Ninja in the Hidden Leaf village. He has a Sharingan that was given by Obito Uchiha. The legend says that he has copied thousands of Jutsu. Fans of this badass character will absolutely appreciate this action figure. It shows Kakashi holding a Kunai, about to attack his opponents.

Driven by hatred, Sasuke left the village to search for more power so he could be strong enough to kill Itachi Uchiha. This action figure showed Sasuke’s outfit when he was still Orochimaru’s disciple. Naruto tries many times to make him go back to the village, but it is futile until the end of the manga. In the end, he atoned for his sins and became Naruto’s close assistant.

This action figure shows Naruto when he finally achieves his dream to become the Hokage. He gets the position after Kakashi steps down. He is regarded as one of the strongest Kage alive. While Naruto operates in light, Sasuke acts in the shadow as the shadow Hokage.

Sakura Haruno is Sasuke’s wife in the sequel. She gave birth to Sarada Uchiha. This action figure shows Sakura’s outfit after the time skip. Initially, Sakura does not have fancy power. However, she becomes the disciple of the fifth Hokage (Tsunade). Despite being called a burden by many fans, she is proficient at controlling her chakra. She can do Taijutsu, Ninjutsu, and Genjutsu. 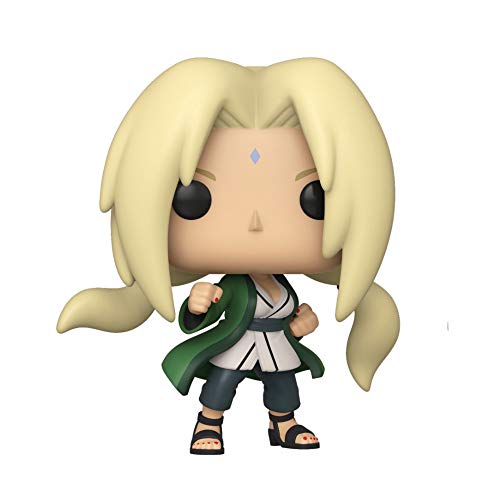 Tsunade is the Fifth Hokage and the first woman to get the title. At first, the village elders want Jiraiya to be the Hokage. But since he refuses, he recommends Tsunade and searches for her with Naruto. Before becoming Hokage, she was a legend in the betting community because she often lost a gamble. Despite her young appearance, she is actually old. 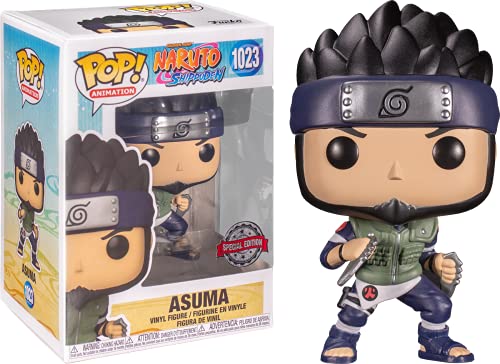 Asuma is one of the elite ninjas of the Hidden Leaf village. He was killed by Hidan and was revived by Kabuto in the Fourth Ninja War. He is very proficient in using wind and fire element Ninjutsu. This ninja loves to smoke! Even though he’s dead now, we shall not forget his super cool appearance with this adorable Funko Pop. 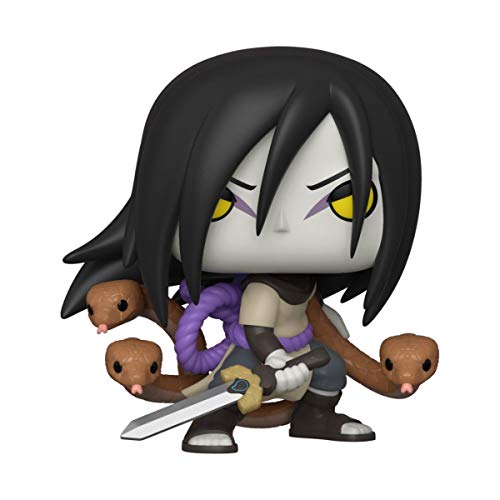 Along with Jiraiya and Tsunade, Orochimaru is regarded as Sannin by Hanzo the Salamander. Furthermore, Orochimaru respects the second Hokage the most because he invents many Jutsu like re-animation. Despite being a traitor of the Hidden Leaf village, he did not get killed. He is atoning for his sins by becoming a parent for Mitsuki in the Boruto series. 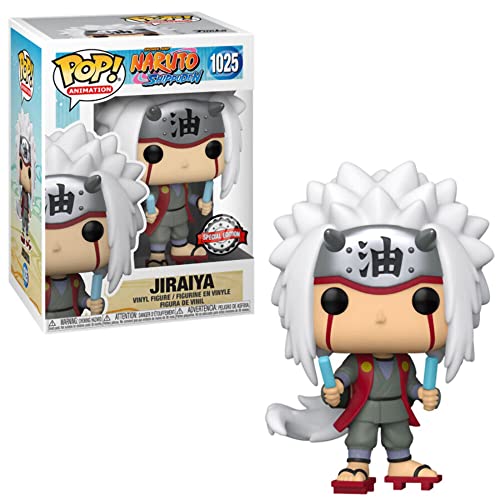 Jiraiya is one of the legendary Sannin, along with Tsunade and Orochimaru. He is also the mentor of Naruto Uzumaki, the main character. On top of that, this pervy ninja can use the fire elements and super powerful Sennin Jutsu. He is a free man who likes adventure. His own student has killed him, but his spirit lives on through this awesome action figure! 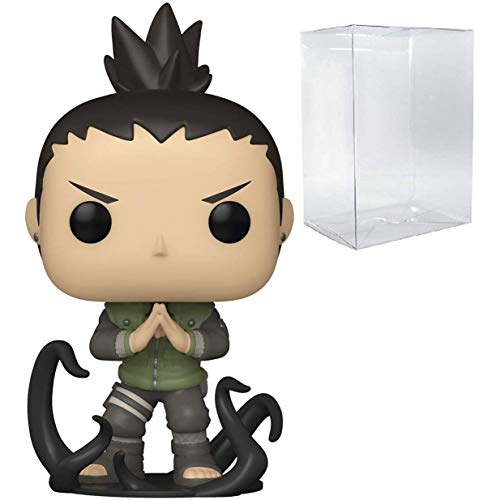 Shikamaru Nara is a lazy but actually a genius person. He was the first ninja from Naruto’s generation to become Chuunin. Because of his clan traits, he can manipulate and control shadows to bind and control people. For Shikamaru’s fans, this Funko Pop will be an excellent present. It shows Shikamaru performing the Shadow-binding Jutsu. 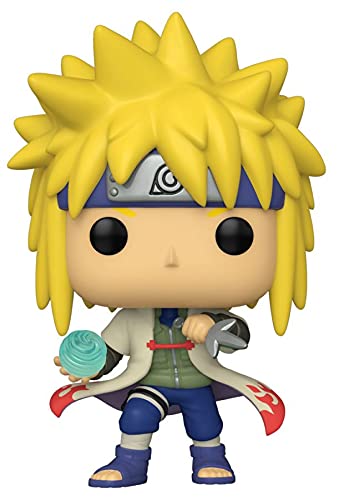 Minato Namikaze is one of the most feared ninjas in the world. The Hidden Stone ninja higher-ups have ordered their subordinates to flee on sight when they see him. He is the late father of Naruto and the fourth Hokage. Plus, he is one of the few people that can dodge A’s punch besides Naruto. 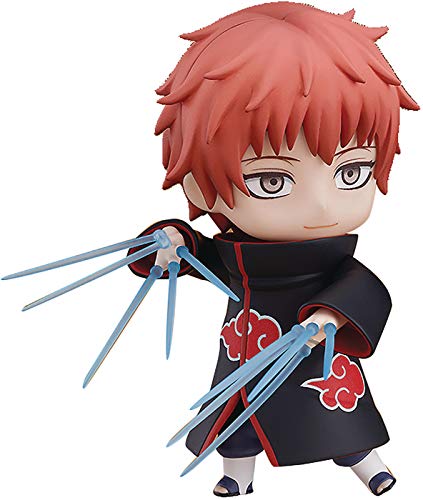 Sasori of the Red Sand is one of the puppet masters that hailed from the Hidden Sand village. He was the killer of the third Kazekage and used his corpse as his beloved puppet. Before being killed by Chiyo, his grandmother, he always hides in his creepy puppet body. This action figure will be an excellent item to commemorate Sasori.

Deidara has an obsession with explosions like Megumin from the Konosuba series. Previously, Deidara joined the Akatsuki after losing to Itachi. He is Sasori’s substitute partner after Orochimaru left the organization. Then, after the death of Sasori, he partnered up with Tobi who is secretly the leader behind the organization. This incredibly adorable action figure will immortalize Deidara’s explosive character.

Like Yahiko and Nagato, Konan is also a disciple of Jiraiya. She manipulates paper and acts as a messenger of Pain. After Nagato is convinced by Naruto, she tries to kill Obito but fails because she didn’t know that Obito possesses a forbidden jutsu called Izanagi. This incredibly beautiful action figure of Conan shall complete your set.

Kisame is one of the wielders of the Seven Swords. He is called Bijuu without a tail because of his enormous chakra. On top of that, Kisame is a skilled water-style Ninjutsu user. His iconic shark-shaped attacks are very powerful. He is also a substitute partner of Itachi Uchiha after Juzo Biwa died at the hand of the Fourth Mizukage. This luxurious action figure shall immortalize Kisame’s infamy.

Hidan is immortal because of the experiment of Jashin cults. He can’t be killed even if he is beheaded or struck at vital points. The only way to defeat him is to immobilize him completely. Shikamaru successfully beat him using that method. He was the killer of Asuma Sarutobi. Along with Kakuzu, Hidan was called the zombie duo.

What Are The Best Naruto Action Figures?

The best naruto action figures are up to your taste. If you like Uchiha clan members, Madara is the best action figure because he is one of the strongest ninjas that has ever lived besides Sasuke and Itachi.

What Are The Rarest Naruto Action Figures?

The rarest action figures include the Rikudo Pain in his Six Paths mode. The complete package should consist of six different Pain controlled by Nagato. Each of the Six Path characters has its own special trait-like Absorbtion Ninjutsu, Summoning Jutsu, Human Weapon, Shinra Tensei, and many more.